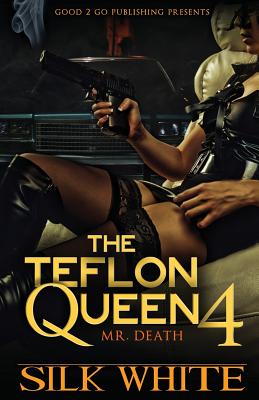 Book Description:
When the world’s most violent terrorist Abdul Ockbar hires a deadly assassin that goes by the name Mr. Death to destroy America and anything in its path things get bloody real fast. America is not ready for the chaos and pain that Mr. Death unleashes on the country. Law enforcement and other agencies try to take down the assassin but fail miserably. But When all else fails they go to the one person who they think can help….The Teflon Queen. After spending 8 years in a super maximum security prison Angela is released and ordered to fight for her country and stop the man that has been terrorizing the entire country….Mr. Death. Join Angela as she takes on her toughest and deadliest assignment to date. When the gun smoke clears readers will be begging for more.

More books like The Teflon Queen Pt 4 may be found by selecting the categories below:

Tell us what do you think about The Teflon Queen Pt 4.