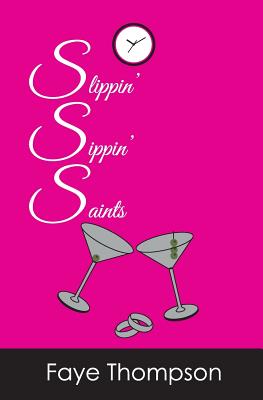 Paperback Description:
Slippin’ Sippin’ Saints takes a scandalous peek inside the flawed flock of New York’s Church of the One Way—where image is everything and nothing is what it seems. From the pulpit to the door, no one escapes the addictively intoxicating atmosphere of mendacity, temptation, and sex. The church’s married and miserable—the M & M’s—have the most to lose as they scramble to squash the release of the salacious tell-all Cheat Like a Lady, Don’t Give a Damn. Sable Alexandra’s charmed life crashes and burns as alcohol and arrogance bring husband Price to his knees. Cheaters and beaters don’t mix, but an envious Bubbles Dupree craves all things Sable—including her husband. Thirty-five-year-old Chunkie White clings to her virginity tighter than her disgust with life. For lottery-loving Missionary Lilly White, the jig is up. When a geriatric pimp resurfaces and threatens to topple the image she’s spent decades to build, will she sacrifice her daughter’s virtue to mute him? With an obsession to expose Pastor David Dante’s inferno, an impatient editor riding his back, and nothing else left to bank his roll, Reyn pens the noxious roman clef Cheat Like a Lady, Don’t Give a Damn. Based loosely on the Seven Deadly Sins, Slippin’ Sippin’ Saints spotlights desperate souls wrestling with desire and vice as they seek salvation. From its jaw-dropping opener to its stunning climax, and unforgettable ending, this novel scratches the guiltiest itch, leaving readers breathlessly craving more. Without being preachy, the provocative, refreshingly tongue-in-cheek Slippin’ Sippin’ Saints promises to entertain, redeem, and to restore the gift of hope.

More books like Slippin’ Sippin’ Saints may be found by selecting the categories below: