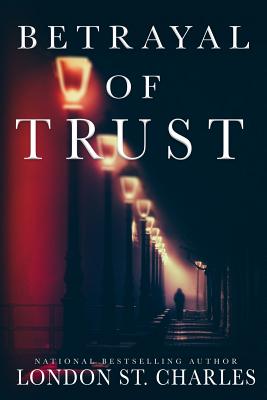 What do you do when you’ve created a heinous crime? You run and never look back.

At least, that’s what Uwezo Omari and his mother planned when they fled their hometown of Reno, Nevada and planted roots in the Midwest, far away from their tumultuous past. Or so they thought.

Fifteen years later, Uwezo, now known as Chef Cedrick Dalton, is a loving husband, father, and successful businessman. Still haunted by the sins of his childhood, he treads carefully by keeping a low profile. Unfortunately, having a booming restaurant in an affluent neighborhood, the anonymity he once coveted is now a thing of the past.

With the anniversary of the worst day of his life nearing, Cedrick’s feelings of guilt and paranoia are triggered and kick into high gear. The mysterious phone calls to the restaurant and anonymous notes left behind stating that someone is looking for him doesn’t help. The belief that his mind is playing tricks on him vanishes when he runs into, Victoria, his childhood friend who knows his secret. Turmoil is brewing within because Cedrick’s wife, Sierra, is unaware of his past. Victoria’s presence threatens his freedom and puts the people he loves in danger.

Cedrick’s left with life-altering decisions: tell Sierra and jeopardize her safety, or risk losing her because of this betrayal of trust? Or does he take his secret to the grave?

All options have dire consequences.

Books similiar to Betrayal of Trust may be found in the categories below: