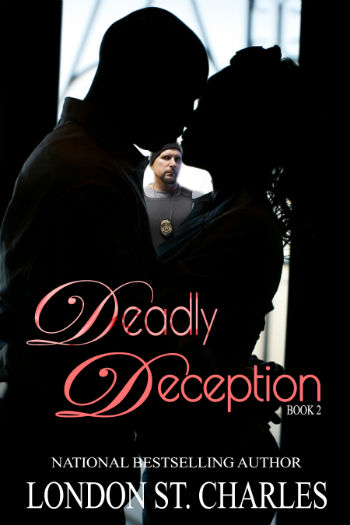 Four years have passed, and Cadence Goldsmith’s family is in just as much danger as it was before they moved to Germany. Lester, the man of many evils, has still managed to evade capture for Braelyn’s murder, and the trial of rogue Detective O’Brien, who had threatened Cadence, is less than one week away. She wouldn’t be so worried if she weren’t seven months pregnant, on top of being the star witness for the prosecution, which means Cadence has to leave the place where she feels most safe and return to Chicago and face the menaces that prey on her demise.

Cadence’s husband, Jackson Goldsmith, is not on board with his wife testifying. Not only is their safety at stake, but the welfare of their daughter, Jackie, whom, through years of therapy, overcame the nightmare that Lester inflicted on her young life. Jackson’s holding onto the promise that the trial will be over in enough time for them to return to Germany before the baby’s born. Though Jackson feels strongly about staying put, he supports Cadence’s decision and vows to protect her at all costs.

Less than twelve hours after arriving in Chicago, their greatest fears become a reality. Havoc and unforeseen coincidences consume their life, starting with vandalism to the family home. No longer knowing who she can and can’t trust in law enforcement, Cadence questions every day if she made the right decision.

Who knows what other injustices may happen to the family while awaiting trial?

Let Cadence and Jackson pull on your heartstrings as they maneuver through obstacles and triumphs that will have you rooting for them from beginning to end. They’ll show you why love is an action word through this story that’s filled with mystery, suspense, and intrigue.

Books similiar to Deadly Deception (Deception Series Book 2) may be found in the categories below: