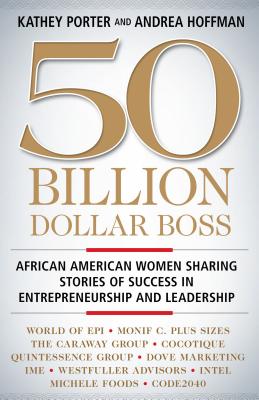 Hardcover Description:For too long there have been few ‘blueprints’ for young women entrepreneurs - particularly African-American women entrepreneurs—to follow. While women are starting businesses in unprecedented numbers, many African-Americans are first-generation entrepreneurs, and there have been few role models for them to emulate and learn from. The impact of African-American women in business is undeniable. According to the 2014 State of Women-Owned Businesses Report commissioned by American Express OPEN, while firms owned by women of color are smaller than non-minority women-owned businesses, their growth in numbers and economic clout is generally far outpacing that of other women-owned entities. Businesses owned by African-American women led that growth, up 296% from 1997 to 2014, generating nearly $50 billion in revenue. It is, in a sense, a second Black Renaissance, creating what we like to call the ‘50 Billion Dollar Boss.’

African-American women continue to excel and shape society across industries. This book highlights several African American women entrepreneurs and leaders, recognizes them for their business acumen,

examines how they creatively solved business challenges and identified opportunities to grow and sustain their businesses.

More books like 50 Billion Dollar Boss: African American Women Sharing Stories of Success in Entrepreneurship and Leadership may be found by selecting the categories below: