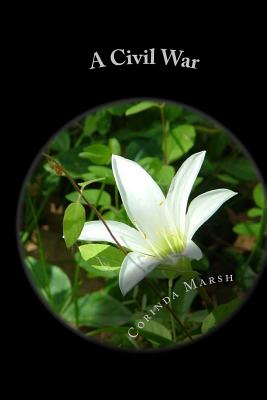 Paperback Description:
Southern stories step gently into our minds, and A Civil War starts out gently enough, but when the savagery of the Gothic South appears, the gentle must become the strong. Each character seeks freedom, but freedom was then as it is today, illusive. The American Civil War is synonymous with man’s struggle for freedom, but that struggle did not end in 1865 at Appomattox, just as the struggles of these characters did not end with emancipation. Some are enslaved by other men, some by societal mores, and others by love. This story follows one Southern family and its slaves as their lives mesh to form the fabric of a new world, but the new world is no less hostile than the old. Finally two children of love bring the family full circle, but none of them are ever free from their shackles. Characters battle throughout their lives to find reason in an unreasonable world. The story is supported by historically accurate details of life in Cahawba, Alabama, the site of one of the largest Confederate prisons, and Selma, Alabama, where foundries produced ships, cannons, and ammunition that supported the cause of the Confederacy. In addition, small insights into the lives of major Civil War figures such as Jefferson Davis lend veracity to the saga. Corinda Pitts Marsh is a native of Northwest Florida and holds a Ph.D. in English from Florida State University. She is now retired.

More books like A Civil War may be found by selecting the categories below: