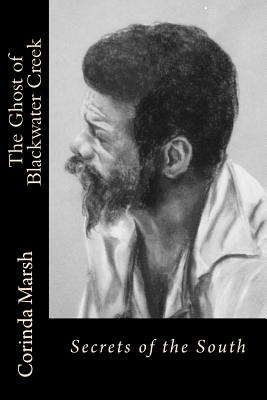 The Ghost of Blackwater Creek: Secrets of the South
by Corinda Pitts Marsh

Book Description:
Man’s soul is never content in isolation, but there he dwells. He is alone at the beginning and alone at the end. Only the brief moments of connection to another heart keep him moving toward the sun. The Ghost of Blackwater Creek is the son of a hoodoo woman and a freed slave. His skin is the color of spilled milk and his hair looks like clean yellow tassels bursting from a new ear of corn. He does not fit into either world, so his mother attempts to keep him from harm by raising him in isolation with wolves and bobcats for companions. He grows up with a code of his own, one of survival and primal justice. He has only his mother then when he loses her, he is completely bereft of human companionship until he fulfills his destiny-a destiny foretold by his mother. By saving a child of his own family, a family he has never known, he finds what he seeks. The story has historical links to a Southern tragedy that took place in North Florida in 1934 but all characters are fictional. The details of the lynching, however, are based on the actual event.

More books like The Ghost of Blackwater Creek: Secrets of the South may be found by selecting the categories below: