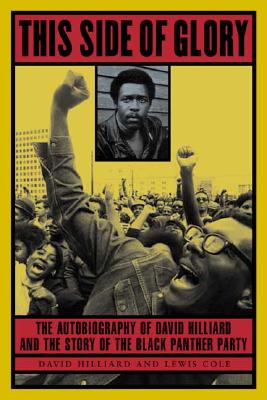 Read Our Review of This Side of Glory: The Autobiography of David Hilliard and the Story of the Black Panther Party

Paperback Description:
David Hilliard was the Chief of Staff of the Black Panther Party, and this is his compelling eyewitness account of America’s first black armed revolutionary movement. Written with the participation of many other Party members, this book provides firsthand accounts of Huey Newton’s infamous shootout with the police, the murder of Fred Hampton, how Panther money was raised and spent, the sexual mores of the Party, and how illegal activities erupted and were controlled. According to the FBI, the Panthers were "the greatest threat to the internal security of the country," and, in part due to government infiltrators and disinformation, the Party began to dissolve in the early seventies as police raids, gun battles, IRS investigations, trials, and prison terms decimated their ranks.

More books like This Side of Glory: The Autobiography of David Hilliard and the Story of the Black Panther Party may be found by selecting the categories below: