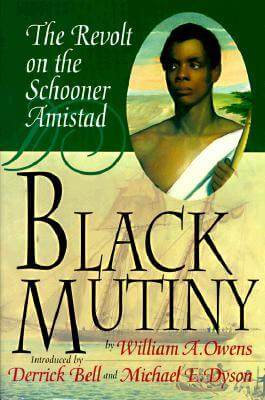 Black Mutiny: The Revolt on the Schooner Amistad
by William A. Owens

Book Description:
Set in 1839, this is the true story of a revolt on the Spanish slave ship "Amistad", whose cargo of 53 Africans rebelled against their captors. Captured off the coast of Connecticut when their desperate attempt to sail home failed, the Africans are forced to stand trial for the murder of the crew that had held them prisoner. To win their freedom, they find themselves taking on not just the Spanish, but the entire American justice system. They are joined in their fight by a young attorney, former U.s. President John Quincy Adams, and a fiery abolitionist.

More books like Black Mutiny: The Revolt on the Schooner Amistad may be found by selecting the categories below: