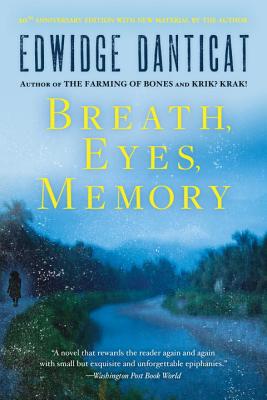 Paperback Description:
The 20th anniversary edition of Edwidge Danticat’s groundbreaking debut, now an established classic—revised and with a new introduction by the author, and including extensive bonus materials

At the age of twelve, Sophie Caco is sent from her impoverished Haitian village to New York to be reunited with a mother she barely remembers. There she discovers secrets that no child should ever know, and a legacy of shame that can be healed only when she returns to Haiti—to the women who first reared her. What ensues is a passionate journey through a landscape charged with the supernatural and scarred by political violence. In her stunning literary debut, Danticat evokes the wonder, terror, and heartache of her native Haiti—and the enduring strength of Haiti’s women—with vibrant imagery and narrative grace that bear witness to her people’s suffering and courage.

More books like Breath, Eyes, Memory may be found by selecting the categories below: