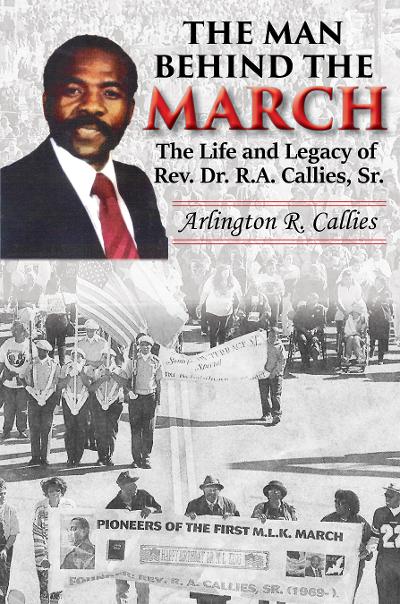 The Man Behind The March
by Arlington R. Callies

The Man Behind The March is a story about the founder of San Antonio’s MLK March. It is a son’s book about his father told through a son’s eyes, a son’s love and pride.

Rev. Dr. R. A. Callies, Sr., a pastor and school teacher begin the march in 1968 to call attention to the need for basic infrastructure on the east side of San Antonio. His efforts have resulted in what has become one of the largest commemorative marches for Dr. King in the US. After the death of Dr. King, Rev. Callies worked tirelessly to have a life size statue of Dr. King erected in the Martin Luther King plaza.

The book notes many other accomplishments of Rev. Callies as he sought to improve the quality of life for all people and the challenges he had to overcome to achieve his goals.

More books like The Man Behind The March may be found by selecting the categories below: