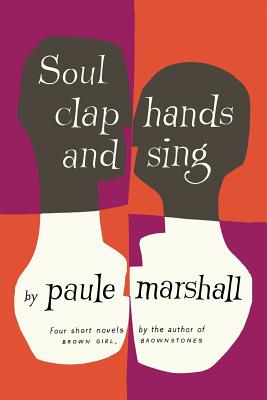 Paperback Description:
2016 Reprint of 1961 Edition. Full facsimile of the original edition, not reproduced with Optical Recognition Software. "These four long stories, published a scant two years after Brown Girl, Brown- a promising but young and personal first novel, reveal a talent astonishingly matured. Mrs. Marshall, a Negro, has suddenly expanded a private sense of race and color into enormously wide, almost mystic, sense of the shimmering chiaroscuro of life itself in its mixed moods and human destinies. The stories take place in Barbados, Brooklyn, British Guiana and Brazil and concern people of various races and cultures who- late in life a crisis in discovering their true identities. A prim old Negro, come back from America to live in Barbados like a white man, is shocked by his young servant girl’s first love affair into the realization that he has himself from life… An aging Jewish professor tries to reduce a part-Negro student and is destroyed. A white-Negro-Chinese radio announcer slowly slips from his ambiguous identity into alcoholism, homosexuality and death… An aging comedian in Rio finds himself lost in the myth he has created…. In this clear, beautiful prose, a brilliant range of life’s opposites (black-white, life-death, reason-unreason) and the many gradations in between, is shown through vivid characters and stigmatic scenery. The complexity and range of meanings is dazzling- and it is a remarkable achievement." Kirkus Review

More books like Soul Clap Hands and Sing may be found by selecting the categories below: