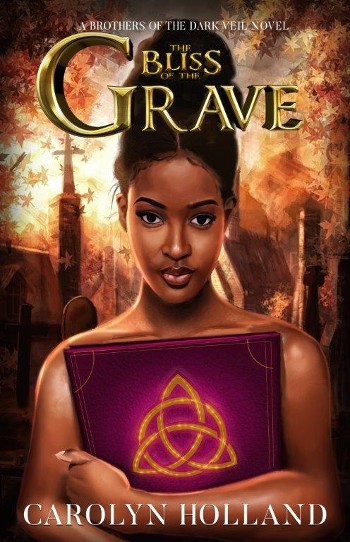 The Bliss of the Grave
by Carolyn Holland

The Bliss of the Grave

Zanzibari Heiress Mehwish Shumaila bin Said al-Murgebi intended to walk away from everything—her father’s lavish spice Shamba in Serengeti and her current way of life to be with Martin Henry Singleton, a member of the southern aristocracy. As his future wife, she would no longer be stuck in the backwoods of Zanzibar, away from gentle society and the excitement enjoyed by the white gentry. She would finally be able to distance herself from any reminder of her African roots.

It was time to move on, but not until she paid her grandmother, who’d been apprenticing her in the art of black majick for six years, one last visit. That evening, Mehwish murdered her grandmother, stepped over the old witch’s body, and rummaged through her meagre belongings to retrieve an ancient grimoire that was authored in hell. Without a backward glance, she boarded her future husband’s ship bound for the Americas with the book of black majick tucked inside her reticule.

Mehwish’s destiny was a dark and twisted one that would lead her to the infamous Magnolia Hill Plantation, where she would endure a life unlike anything she could ever have imagined—or feared.

A new kind of evil took up residence on Magnolia Hill upon the arrival of the Zanzibari witch. Flossie, the plantation cook, midwife, and Obeah conjure woman, knew evil when she saw it. It was in the little nappy hairs on her nape that stood on end when her mother was murdered. It was in the unnatural stillness in the air moments before Claude Etienne and his cohorts kicked in her cabin door to brutalize her and murder her son. It was the ominous chill that raced through her body on the day the line boss took one of her twin daughters from her, and in the emptiness she felt when she realized the angel-man who’d fathered her children and promised to take her away from a life of slavery would never come back to her. Flossie knew well what evil was. It was in that witch’s pitch-black eyes when Flossie stole her coveted book of black majick, knowing the witch would gladly kill her and her remaining descendants to have it back.