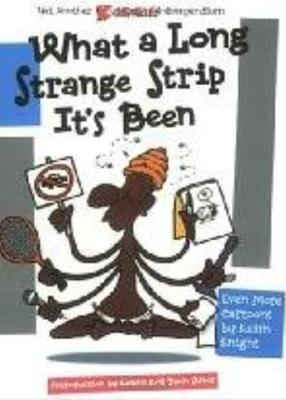 The ’K’ Chronicles: What A Long Strange Strip It’s Been
by Keith Knight

Book Description:
.html by Keith Knight
Described as a combination of Calvin & Hobbes and underground comix! The K Chronicles is a semi-autobiographical comic strip by cartoonist/rapper Keith Knight that appears weekly on Salon.com and in many other fine publications (like the Pacific Sun, Las Vegas Mercury, Funny Times, and more). The strip is an unabashedly provocative mix of political and social satire; tackling such touchy subjects as racism, violence, and sex with a self-deprecating humor, personal honesty, and light-hearted goofiness rarely found in a newspaper comic. The result is accessible yet subversive, compassionate and political, without being preachy. This collection features over one hundred K Chronicles strips, plus some multi-page stories and strips that have never before seen print
SC, 6x7, 128pg, b&w

More books like The ’K’ Chronicles: What A Long Strange Strip It’s Been may be found by selecting the categories below:

Tell us what do you think about The ’K’ Chronicles: What A Long Strange Strip It’s Been.