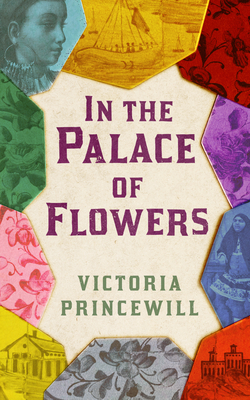 In the Palace of Flowers
by Victoria Princewill

Sex and friendship, ambition and political intrigue, secrets and betrayal will set the fate of the two slaves— Jamīla and Abimelech—in this ground-breaking debut novel.

In the Palace of Flowers recreates the opulent Persian royal court of the Qajars at the end of the nineteenth century. This is a precarious time of growing public dissent, foreign interference from the Russians and British, and the problem of an aging ruler and his unsuitable heir. It tells the story from the unique perspective of two Abyssinian slaves: Jamila, a concubine, and Abimelech, a eunuch.

Torn away from their families, they now serve at the whims of the royal family, only too aware of their own insignificance in the eyes of their masters. Abimelech and Jamila’s quest to take control over their lives and find meaning leads to them navigating the dangerous politics of the royal court and to the radicals that lie beyond its walls.

Richly textured and elegantly written, at its heart In the Palace of Flowers is a novel about the fear of being forgotten.

More books like In the Palace of Flowers may be found by selecting the categories below: