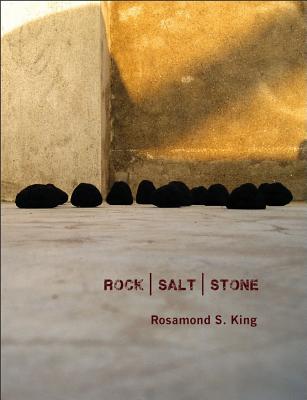 Book Description:
ROCK | SALT | STONE sprays life-preserving salt through the hard realities of rocks, stones, and rockstones used as anchors, game pieces, or weapons. The manuscript travels through Africa, the Caribbean, and the USA, including cultures and varieties of English from all of those places. The poems center the experience of the outsider, whether she is an immigrant, a woman, or queer. Sometimes direct, sometimes abstract, these poems engage different structures, forms, and experiences while addressing the sharp realities of family, sexuality, and immigration.

"Because bodies are not rocks but get weighed down by them when tossed into the ocean to drown. Because bodies are not consumed by mouths but are covered in salty sweat and can be beaten like meat. Because bodies have mouths but can not always speak without being stoned and sometimes the mouths make the wrong shapes and so the bodies become demons then ghosts then demons then ghosts again. Because the bodies wash up on the shore and wash up still. Because all things that are life become death like water or salt or stone or rock or other bodies and when not all the bodies fit together huddled on the rock, and so as some bodies cling to the hard surface with their bruised fingers and open mouths, other bodies shove those bodies off, without blinking, because blinking would be memory, and here, in the unraveling hardness and conjuration of demons, memory is not always honest and words are not always true."—Janice Lee

More books like ROCK | SALT | STONE may be found by selecting the categories below:

Tell us what do you think about ROCK | SALT | STONE.