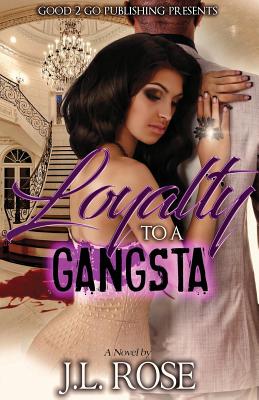 Loyalty To A Gangsta
by John L. Rose

After the death of his mother, young Gabriel Green relocates from Chicago to Miami. To move in with his estranged father. Gabriel knows he skipped out on them when Gabriel was just a kid. Wanting nothing to do with either of them after Gabriel was born. Gabriel is literally meeting him for the first time. However, that doesn’t mean his father is interested in a fresh start. Early on, it becomes apparent that Gabriel is not wanted there by his father nor his half-siblings. Which is when Gabriel starts planning an exit strategy. During this time he crosses paths with a cunning, mid-level gangster named Duke.

Duke takes Gabriel under his wing, tutoring him in… ’the business.’ The lessons pay off quite well as Gabriel soaks up Duke’s knowledge quickly, making a grip of cash, almost in an instant. The newfound capital also brings two, beautiful women into Gabriel’s life. But just as things seem to be going smoothly for him, Gabriel becomes privy to some shocking information that severs ties with one of his girls… And places both the other one and himself in the line of fire. Now Gabriel must rely on what he’s learned up to this point if he and his remaining girl, are to survive together.

More books like Loyalty To A Gangsta may be found by selecting the categories below: