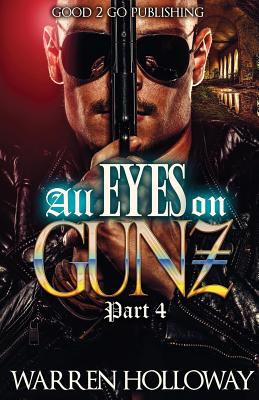 All Eyes on Gunz 4
by Warren Holloway

Now that his murder has been faked and he has escaped from prison, Tom "Tommy Guns" Anderson is no more than a ghost to the American public. But that doesn’t mean he is not still wanted. After pressure from the government agencies who supply the drugs for his empire to take Tommy down, Tommy’s boss, Ramon Guzman, sets a trap for Tommy, now known as Mike Mitchell.
But Tommy and his team are always one step ahead, until they find they are actually in way over their heads and Tommy is forced to work for the very same people he has been running from.
As the cover is blown on the elites who conspired to supply the cartels in America with drugs and the guilty scramble to cover their tracks, Tommy races against time to pay the dept he inherited from Ramon and save his family. Will he live up to his reputation as the hustler with nine lives, or has his luck finally run out?

More books like All Eyes on Gunz 4 may be found by selecting the categories below: