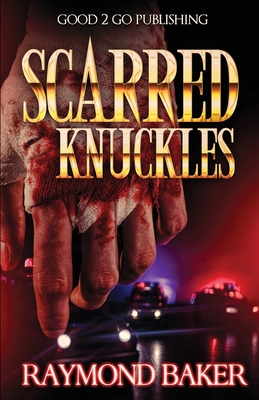 Scarred Knuckles is a story of cause and effect. A couple of Milwaukee homicide detectives, Tabitha Allison and Morton Sadd, are given the murder case of a well-known human trafficker, Mercy Bondz, and his wife. The couple is gunned down by two hit men who were also family members of two young runaways whom their pimp was forcing to work in his brothels.
The murder of the couple sets off a chaotic string of events for all parties involved, especially for the eldest son of the pimp, Noeekwol Bondz. Noeekwol is on his way to living his dream of fighting in the legendary octagon of the UFC when he has to return home to deal with the tragic event. His half-brother, Beysik Bondz, is expected to be the one to pick up the reins of their father’s operation. But all hell breaks loose when Beysik is critically wounded in a joint MPD and FBI raid. Detective Sadd ends up in the hospital fighting for his life alongside Beysik, and Noeekwol ends up in prison for reckless endangerment. In the midst of all the chaos, Tabitha still strives to solve and close the Bondzes’ murder case.

More books like Scarred Knuckles may be found by selecting the categories below: