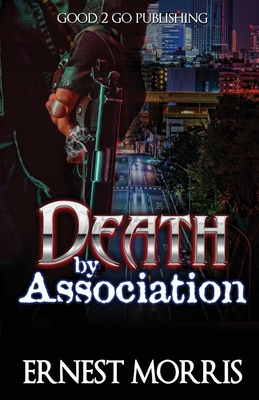 Death by Association
by Ernest Morris

On the east side of Allentown, Pennsylvania, sits the most drug-infested projects. Outsiders consider them a death trap because there is only one way in and one way out. It has birthed hundreds of hustlers, but none compared to these two.

After accomplishing his first lick, Mack sets his eyes on the Gardens on the south side to be his new stomping grounds. With the help of his family, he floods the city with large amounts of cocaine. Everything is good until his brother Husky steps foot on the wrong turf, which turns the city into a war zone.

At the age of thirteen, son and brother of past and present hustlers, Lo becomes a young boss and sets his eyes on the whole hood. Everything seems to be falling in place, until the death of a loved one shocks the family.

From the money, guns, drugs, and sex, these brothers, cut from the same cloth, take Allentown’s drug game to a whole other level. How will they cope with so many people gunning for them?

Books similiar to Death by Association may be found in the categories below: