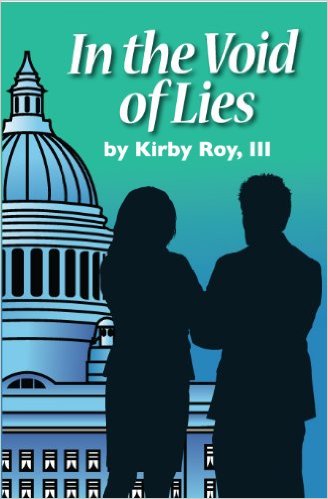 In The Void Of Lies
by Kirby Roy III

In The Void Of Lies, is a riveting tale of infidelity and redemption intermingled against the passage of the health care bill. The action begins with Justin Powell applying for a job with Senator Fitzgerald in order to spend more time with his wife, Tyra. For her part, Tyra is trying to uphold her half of their marriage by covering up a secret. Meanwhile, Senator Fitzgerald is begging Senator Danforth for money because he is being blackmailed. So as Senator Fitzgerald tries to pass his health care bill, the excitement progresses with his wife, Katie, confronting the infidelity she already knew about. And in a dramatic conclusion almost torn from the latest news headlines, Senator Fitzgerald stands at the Senate podium addressing the nation as Justin and Tyra try to decide on the outcome of their marriage. And with that, the tale ends with the truth redeeming all that they were hiding.