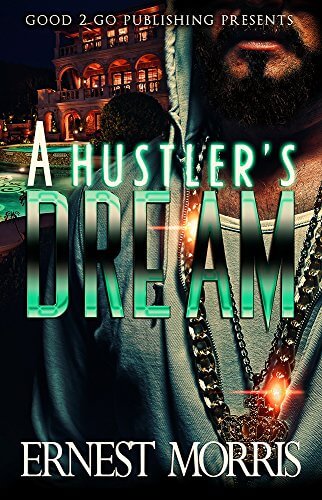 A Hustler’s Dream
by Ernest Morris

A new start always comes at a price. Dante “Worlds” is fresh from the joint. Leaner but more importantly… wiser. He’s smart enough now to not get “caught up” again. But also knows a life of crime is unsustainable. His main goal now is to return to the old game but with a few new tricks. Ones that will keep him off radar to the authorities. Once he’s stashed away enough coin… its the “straight and narrow” for him. Meanwhile a new “connect” Worlds made in prison named Fredd aids him in organizing a venture that is sure to pay off very robustly for Dante. Getting him out of ‘the life’ for good. Fredd’s past however is a murky one. Filled with the usual betrayals and lies one commits to survive in the streets. When his enemies hear of his new dealings with Worlds. He becomes their prime target, along with those closest to him. Enter Dominique. She wants a life with Worlds but upon finding out he’s back to his old ways she threatens to depart. Without his protection she’s a sitting duck for Fredd’s enemies who’re now, Worlds enemies. Worlds must now close this new deal quickly. His future and hers… depends on it.

Tell us what do you think about A Hustler’s Dream.