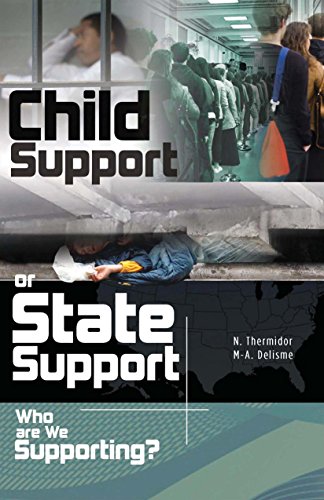 Child Support or State Support: Who are We Supporting?
by Nahum Thermidor

This is the story of two fathers who were put on child support by their girlfriends out of revenge. After the disintegration of their relationships, the women became so vicious, and decided to use the child support system as a weapon to financially crush their exes and deprive them of their beloved children. Both fathers worked so hard to maintain a relationship with their children, but the end results have been nowhere near their expectations.

This book exposes the malfeasance of some of the people working for the Child Support System and the arbitrary, unfair, and biased laws that shelter that corrupt system. This system does not care about the parent, but rather incapacitates them financially and destroys their lives under the false pretense of “best interest of the child.” As we have stated throughout the book, we are NOT against the concept of child support; however, the system is heavily dysfunctional and would work better if it were fairer, less biased, and more transparent. This book may describe the mistreatment of two men by the Child Support System, but it truly tells the story of millions of men and women who find themselves in the same situation.