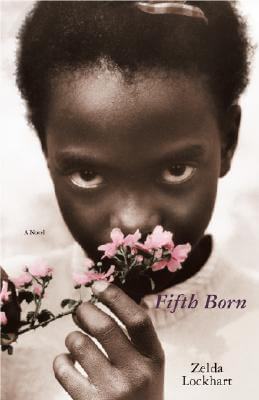 Read a Description of Fifth Born: A Novel

My copy of Fifth Born, the debut novel by Zelda Lockhart, came by way of this year’s Book Expo America convention (BEA). I met Ms. Lockhart and her son at The Blackboard book reception. She seemed like a nice person and I promised to read her book, wished her well, and moved on to the next table. I didn’t think about Fifth Born until I got home and unpacked, separating my 40 pounds worth of books into the "to read", "sounds interesting", and "humph" piles. I placed Fifth Born in the "to read" pile. Little did I know that the slim volume, Lockhart graciously inscribed for me, would be one of the best books I read this year!

Odessa narrates her life story, beginning at the age of three when her world tumbles into a living hell after her beloved grandmama dies. In the next 10 years, Odessa is sexually abused by her father, physically abused by her mother, and treated with contempt and disgust. Her world is nothing but pain, soul-aching pain. Odessa’s need for loving attention or even a kind gesture grows and she seeks some way to escape the years of hurt. This need will lead to a path that might bring relief to Odessa’s pain.

The plot of Fifth Born is not an emotional walk in the park — it’s excruciating and heart wrenching. But interestingly, the narrative and tone had the calming soothing effect of sitting in the clear warm water of an outdoor spring. I was entranced. Lockhart took me beyond the watching-an-accident-happening-in- slow-motion phase, to the next level, where I felt the full impact of the collision. I was whupped, done in, and out done, because Fifth Born is the type of book where it took a while before I could let go of it.

The characters were wonderfully molded, deceptively complex and absolute. Odessa is a superb depiction of the square block trying to adjust itself to fit into a round hole. She’s one of a few female narrators that did not get on my nerves. I ached for her and the nearly debilitating loneliness she endured. Lockhart’s portrayal of Odessa’s mental and emotional well being reminded me of a person suffering frostbite. Slowly, little by little Odessa is dying, going numb as her soul shrinks and becomes hard as granite with cracks running throughout.

The sexual abuse in the family had the normalcy of snow in January or tornadoes in the summer. For the first time did I see the truly destructive nature of sexual abuse and how it isn’t just an injustice involving the victim and the predator. Equally, as disgusting as the predator are the folks who allow it to continue over and over again in their families. These people did not strike such an accord to plan, and then democratically agree, and then act to systematically destroy Odessa’s life on purpose. Unbeknownst to them, they did EXACTLY that, making Odessa’s horror more insidious. Committing a damnable sin.

Fifth Born is a soothing, sweet, leisurely, Sunday drive through an emotional minefield. Lockhart’s comforting, lyrical delivery did not dampen the effectiveness of the terror that Odessa’s life became. I have no problem placing her in the company of Alice Walker or J. California Cooper. She, too, has the ability to take a story to the emotional core and accompany it with a lullaby. Instead of sadness, I finished the book with a glimmer of hope for Odessa and with a feeling of rapture because Zelda Lockhart has now arrived.