Book Review: Deliver Me From Evil 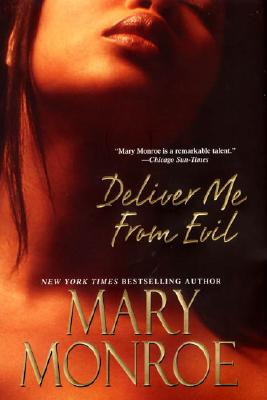 Read a Description of Deliver Me From Evil

The new drama-filled novel by author Mary Monroe starts off a bit slow but by the time you get to know the main character, Christine Thurman, you will be caught up in both the drama of the story line and yet another memorable character skillfully crafted by Mary Monroe.

Christine was originally a bad girl: She was running the streets, drinking, doing drugs, sleeping with the neighborhood boys trying to find love and acceptance, coming from a childhood of poverty and emotional neglect.

Changes for the better occurs in her life--she meets and falls in love with Jesse Ray Thurman and up and coming budding young businessman who was the owner of several video stores. She helped him build his stores into a business worth millions. Happiness? Almost.... Running the successful business intruded on his time with Christine. She wanted more. Having been an only child of emotionally unavailable parents, she longed for children of her own to lavish with love and affection.

Then there was the intrusion of relatives. Jesse had a family who took more from him than they gave and Christine was tired of her freeloading in-laws. To double the trouble...Jesse's siblings were always there looking for a handout and, there was Jesse's elderly mother who, after a serious stroke, moves in and Christine becomes the primary care giver.

At this point, the beautiful home, cars, extensive wardrobe and unlimited credit cards no longer made her happy. She wanted a family of her own and her husband back, doting and paying attention the way he did when they first married. Christine was one unhappy camper.

So what did she do? Enter the bad boy from her past; Wade Eddie Fisher who uses Christine's vulnerability to take advantage of her in ways that will leave you gasping. At this point, I had bonded with the character and was rooting for her like she was my new best friend. The ending taught her a lesson she will never forget.

Deliver Me From Evil was a really good read. Mary Monroe once again, gives us a great story with some characters that make you laugh, cry, and will remind you of some of the most broken people you know in real life.

I am an avid Mary Monroe fan. Readers can always depend on her to create a story that is so full of creative imagination that you can't seem to put the book down. Her characters are never ordinary people. Monroe's latest offering is no different. Yes readers, Mary Monroe has written another superb book.

Read Dafina’s description of Deliver Me From Evil.