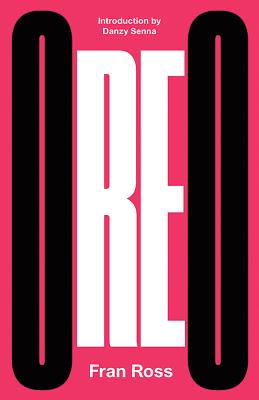 Read a Description of Oreo

I’m thinking, pondering, you might say, that possibly the sign of a good book isn’t the fact that it is in print. Maybe, the sign of a good book should be whether it comes back into print after a long hiatus. Their Eyes Were Watching God by Zora Neale Hurston went through such a trial. Books by Langston Hughes, John A. Williams, John Oliver Killens and other notable AA authors have been out of print for decades only to rise to the awareness of a now recognizable reading audience. It is in this fertile time in which Oreo by Fran Ross makes a much welcomed entry, or return. Oreo is the latest in a series that I’ve come to admire and cherish The Northeastern Library of Black Literature series. The Northeastern Library of Black Literature series have re-published works by Williams, and two novels by Richard A. Wright, Lawd Today! and The Long Dream, as well as books by little known AA authors such as Fran Ross. I am happy that the series included Oreo as one of its books. Oreo is thought provoking and funny. Oreo is a book that successfully engages both the creative side of the brain as well as the analytical.

Originally published in 1974, the only book written by Fran Ross, Oreo tells the story of a young woman, nicknamed Oreo, born to a Jewish father and black mother. Their maternal grandmother, Louise, raises Oreo and her brother Jimmie C. When Oreo reaches puberty, she leaves her Philadelphia home for New York City in search of her Jewish father, Samuel Schwartz. She soon discovers that there’s a good number of Samuel Schwartzes in NYC. Oreo’s search becomes a grand adventure filled with sticky situations, a Scavenger hunt-like list, and plenty of laughs. I loved it! 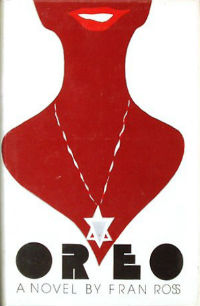 I didn't realize until I finished the book that Oreo is based on the Greek myth of Theseus. I didn't have a problem with that at all. There have been a number of books that have been written giving the story a different flavor and feel while staying true to the basic premise, Moses, Man Of The Mountain by Zora Neale Hurston comes rapidly to mind. Many authors don't succeed, Ross does. The inclusion of charts, quizzes, equations, even a menu, all serve to enhance the story. Ross’s humor, her comedy, is devastating. There are sections in Oreo where I laughed so hard I cried.

I love books like Oreo. Books that employ the two sides of my brain. I’m also pleased, full, that we are beginning to see books that stretch the bounds of literature. Especially that these sort of experimentation is happening in AA literature, much to the chagrin or ignorance of those that constantly seek to contain AA literature in a particular box. I couldn't be more pleased.

If you’re looking for a change of pace or if you’re ready to exercise those “little gray cells” as Hercule Poirot would say, check out Oreo by Fran Ross. I strongly recommend it!

Note: This review refers to the Northeastern University Press’ version (Sep 22, 2000). Oreo was originally published in 1974 near the end of the Black Arts Movement of the 1960s and 1970s.