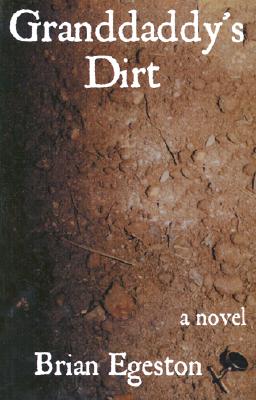 Read a Description of Granddaddy’s Dirt

I started Granddaddy’s Dirt, the latest novel by Brian Egeston, with an awareness of the promise he displayed in Whippins, Switches and Peach Cobbler in my mind. I had hoped that this promise had matured and would bear fruit with Granddaddy’s Dirt. It did not. Bogged down with good intentions (that were not all that agreeable) and shifting perspectives, reading Granddaddy’s Dirt was like witnessing a tragic accident unfolding in painful slow motion.

Driving home on a warm Georgia summer night, Andrew and Virginia Scales’ lives undergo a drastic, soul-sickening change. Andrew will commit a sin that cannot be absolved or forgotten — one that will be visited on his only grandson, Kyle. Kyle is left to do the redeeming when his Granddaddy’s Dirt travels through time and lands on his floor for him to clean up.

Granddaddy’s Dirt contained a few excellent moments, a couple of good ones, and a cavalcade of so-so happenings — events that do not constitute a good book. I had major problems with the lead characters, the narrative, and an ending that I wouldn’t buy if it had ice-cold Sprites and recently frozen Nestl’’s Crunch bars attached to it on a hot, humid 100-in-the-shade Indiana summer afternoon.

The development of the characters was lacking, to say the least. I did not buy Andrew and Virginia Scales at all. I couldn’t understand how Andrew — living in the American South in the 1970s with his wild, explosive, engulfing anger— became a successful black businessman who lived to tell the tale. I am fully aware of Southern black men who stood up for themselves and their families despite the fatal consequences that accompany this stance. Egeston provided no evidence that Andrew Scales was cut from that kind of cloth. Virginia seemed way too righteous and pious to be a character who was not mentally ill. Egeston’s attempt to portray Virginia as the voice of do-right morality failed due to her actions, or lack thereof. If the author had eliminated Virginia’s role and stuck with a more truthful representation, the story would have flowed smoothly and more sensibly. As for Kyle, I have one word to sum up the development of his character: NOT. Kyle barely possesses two dimensions. He is, at best, an outline begging for someone to come along with a box of Crayolas and force some color, some life, on him.

One of the most unrealistic events in Granddaddy’s Dirt features a violent episode that occurs at a meeting of black businessmen when the local police confront the black funeral director, Mack. I found Mack’s behavior not only puzzling, but also bizarre. His red-hot outburst (which is depicted in the exact fashion as Andrew’s earlier one) when defying the police, didn’t ring true. I can not fathom that a funeral director — a member of a profession that brings to mind strange moving silence and hushed vocal tones — would have a volatile temper, much less put it on public display? *eyebrow raised* Give me peace. Ain’t that against the funeral director code of conduct or somethin’?

The writing style and narrative changed like the wind. The narrative annoyingly alternated between first and third persons on a dime. Egeston should have selected one voice and stuck with it. The importance of the narrator, which in my opinion is more vital than any lead or supporting character, is not recognized here. The writing went from flowery and poetic, to cumbersome, by providing way too much detail and leaving no room for my imagination to make the story my own. At times I didn’t know if I was reading a novel or being treated to the literary equivalent of an eye examination, with Egeston being the optometrist flicking the different lenses before my eyes in search of the perfect prescription to correct an imperfect story.

Granddaddy’s Dirt had unfulfilled possibilities. I wish more time had been spent developing the narrative, characters, and pacing. As it stands now Granddaddy’s Dirt reads like an unfinished novel that still needs much work.

Read To Be Determined’s description of Granddaddy’s Dirt.