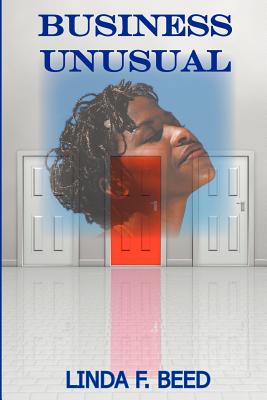 Read a Description of Business Unusual

Being About the Lord's Business

Every so often, a self-published book beats the odds and grabs the attention of enough readers to draw an offer from a traditional publisher. I sure hope that this happens for this book. Dr. Linda Beed, an emerging Christian author and veteran educator has recently released her debut novel. Business Unusual is an inspirational contemporary romance that is Christian fiction in it's purest form.

Bernadette Lewis is a very accomplished young businesswoman. She is the owner and President of B. L. Lewis Enterprises, a privately held consulting, software development and personal training service. Her company has been very successful in just a short period of time. Many wonder what her secret to success is. Hers is a success story grounded in faith and obedience.

As a young, single Christian woman; Bernadette has values and attributes not always understood by the secular world, but that still does not deter her from being who she was raised to be. The daughter of parents in the ministry, she and her sisters have built their careers on service to God and mankind. Their personal lives mirror that Christian upbringing and it is no surprise that as adults, they find themselves dealing with unlike personalities in the people that come into their professional lives. How Bernadette deals with these individuals is the core of this story.

Both entertaining and inspirational; I found this novel a great read for young Christian men and women. There is a lesson to be learned here. When Bernadette meets Hayes Davis, a man who is just beginning to understand his spirituality, she is very attracted to him both professionally and personally. Hayes finds in Bernadette what he never has found in a woman. He both respects and adores her and understands that this will be no ordinary dating experience. Hayes is sure that he has found his life partner, but is he prepared to live up to her expectations of him?

Other supporting characters brings full circle a story that portrays today's upscale African American singles who are at the beginning of their personal and professional life journeys. Reading this book was like watching your children grow up, not always accepting their choices but hoping that they will do well and be both happy and successful. I also loved the history of the Lewis family. They are deeply grounded in their culture and the history of African Americans who have a proud legacy in this society. Positive images of a proud people is always refreshing in a novel and this one was full of proud moments.

Business Unusual is the story of the inspiring Lewis family, their walk with the Lord and the family structure that brings each successive generation to new heights. Parental love and obligation; Christian marriage and Godly relationships between young adults are just some of the major themes of this novel. The characters are unique and interesting and the story line is very inspirational. I think that many young Christian women are going to be inspired and encouraged by Bernadette's story.

Read To Be Determined’s description of Business Unusual.