Book Review: The Manual: A Guide To Achievement & Enlightment In The Urban Community 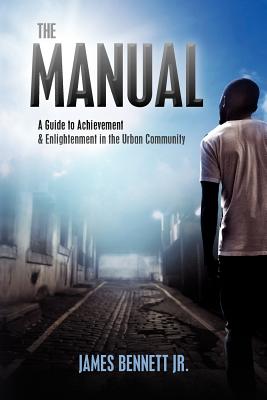 Read a Description of The Manual: A Guide To Achievement & Enlightment In The Urban Community

In a way, this book, The Manual: A Guide to Achievement & Enlightenment In The Urban Community, was born when its author, James Bennett Jr., was arrested on October 12, 2011 by the Lakeland, Florida Police Department and charged with five felonies, including assault and battery on a police officer. Bennett, a personal trainer at the Lakeland Family YMCA, claims he didn’t strike anyone on that day but a possible sentence of 25 years in prison awaited him if convicted.

Unlike many young black people involved with the justice system, Bennett refuses to submit the dismal stereotypes of inner city youth.  Instead, he, as a journalist, decided to start writing a book, mapping a path to success using several of the goal-setting methods and business strategies of the rich. Facing criminal charges, Bennett knew he had to rethink his plan not only to survive but to thrive, especially since most bosses deemed him unemployable.

First, Bennett should be commended for not slipping into the usual pessimistic attitudes of the young people dealt his bad hand. So many young black men have a prison history and can’t get a break. He knew these felony counts were “devastating and permanent” to a man his age, but he pushed forward as a certified personal trainer for baby boomers and later as a writer. He creates a five-year plan, step by step, using careful preparation, persistence, execution of the goal, and practical evaluation.

Bennett, a keen observer, sums up his game plan to success through his revised approach for achievement by writing this book and taking a less aggressive stance to getting justice. To support his theories, he rounds up some of his friends and associates to testify about choosing other roads out of poverty, boosting the validity of the thesis of this self-help book. There is nothing remarkable about what these pals say, but the fervor and intensity of their statements ring quite true.

Despite the many setbacks of his life, Bennett credits his steadfast faith in God in bringing him through the crisis in his hometown. He says his devotion has taught some serious lessons in his journey to recovery and redemption. In the author’s heartfelt words, he says: To everyone who reads my story, my hope is that you will see how God can pick up a soul at its lowest point and lift it to the furthest reaches of the sky. He requires only one thing. Acceptance of his power.” (pp. 82)

One of the many benefits of the book, a useful reading list is included after the optimistic testimony of friends and examples of Bennett’s stop-and-start existence. You can tell a lot about his viewpoint from the authors influencing his efforts, including books by Dennis Kimbro, Eckhart Tolle, Dale Carnegie, Robert Greene, Steve Stoute, Marcus Garvey and Malcolm X.

What sticks with the reader from Bennett’s book is that this young black man embraces his many problems without trying to shift blame to his family, his community, or society. His writings seek to identify the obstacles and challenges of his life and present them as a mirror for all of those disfranchised black youth in a similar situation. This is the true value of Bennett’s spiritual narrative against fear and doubt on the arduous journey to success. That’s why this book deserves attention.

Read CreateSpace’s description of The Manual: A Guide To Achievement & Enlightment In The Urban Community.