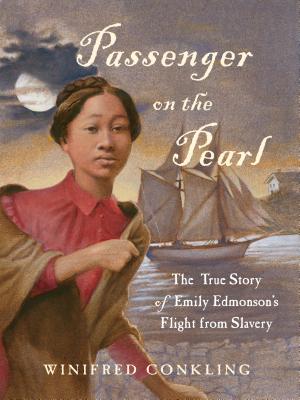 Passenger on the Pearl: The True Story of Emily Edmonson’s Flight from Slavery
by Winifred Conkling

Read a Description of Passenger on the Pearl: The True Story of Emily Edmonson’s Flight from Slavery

Book Description:
The page-turning, heart-wrenching true story of one young woman willing to risk her safety and even her life for a chance at freedom in the largest slave escape attempt in American history.

In 1848, thirteen-year-old Emily Edmonson, five of her siblings, and seventy other enslaved people boarded the Pearl under cover of night in Washington, D.C., hoping to sail north to freedom. Within a day, the schooner was captured, and the Edmonsons were sent to New Orleans to be sold into even crueler conditions. Passenger on the Pearl is the story of this thwarted escape, of the ramifications of its attempt, and of a family for whom freedom was the ultimate goal.

Through an engaging narrative, informative sidebars, and more than fifty period photographs and illustrations, Winifred Conkling takes readers on Emily Edmonson’s journey from enslaved person to teacher at a school for African American young women. Conkling illuminates a turbulent time in American history, showing the daily lives of enslaved people, the often-changing laws affecting them, the high cost of a failed escape, and the stories of slave traders and abolitionists. 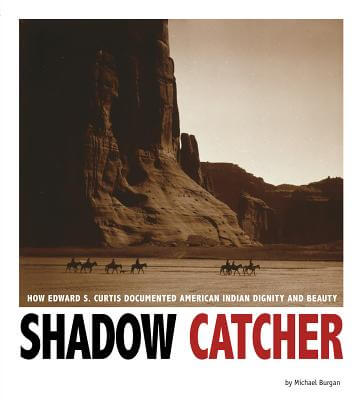 Book Description:
At the turn of the 20th century, photographer Edward S. Curtis devoted his life to learning all he could about American Indians and sharing it with world. He took his first photo of an American Indian in 1895, and for the next 30 years he traveled the West and north to Alaska to chronicle traditional native culture. The result was a magnificentand controversial20-volume project, The North American Indian. While some scholars and American Indians found fault with the work Curtis published, many others greatly appreciated it. His grand endeavor was nearly forgotten when he died in 1952, but Curtis rediscovered photographs are now recognized as treasures that will live forever. 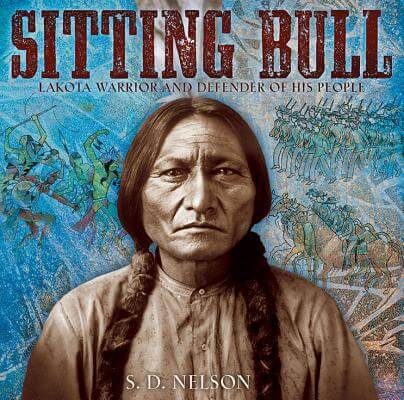 Sitting Bull: Lakota Warrior and Defender of His People
by S.D. Nelson

Read a Description of Sitting Bull: Lakota Warrior and Defender of His People

Book Description:
Sitting Bull (c. 1831 - 1890) was one of the greatest Lakota/Sioux warriors and chiefs who ever lived. From Sitting Bull’s childhood ”killing his first buffalo at age 10 to being named war chief to leading his people against the U.S. Army, Sitting Bull: Lakota Warrior and Defender of His People brings the story of the great chief to light. Sitting Bull was instrumental in the war against the invasive wasichus (white men) and was at the forefront of the combat, including the Battles of Killdeer Mountain and the Little Bighorn. He and Crazy Horse were the last Lakota/Sioux to surrender their people to the U.S. government and resort to living on a reservation.

The book includes an extensive author’s note and timeline, historical photographs, a map, a bibliography, endnotes, and an index. 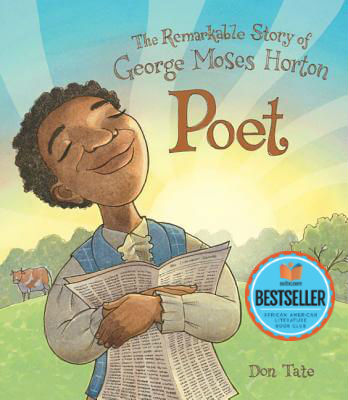 Read a Description of Poet: The Remarkable Story of George Moses Horton

In the nineteenth century, North Carolina slave George Moses Horton taught himself to read and earned money to purchase his timethough not his freedom. Horton became the first African American to be published in the South, protesting slavery in the form of verse. 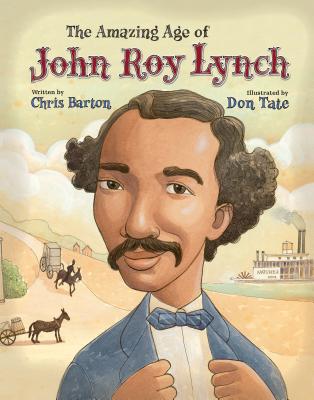 Read a Description of The Amazing Age of John Roy Lynch

John Roy Lynch spent most of his childhood as a slave in Mississippi, but all of that changed with the Emancipation Proclamation. Suddenly people like John Roy could have paying jobs and attend school. While many people in the South were unhappy with the social change, John Roy thrived in the new era. He was appointed to serve as justice of the peace and was eventually elected into the United States Congress. This biography, with its informative backmatter and splendid illustrations, gives readers an in-depth look at the Reconstruction period through the life of one of the first African-American congressmen. 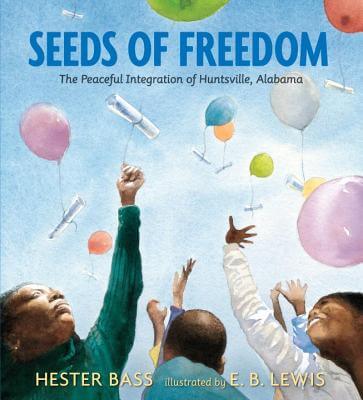 Seeds of Freedom: The Peaceful Integration of Huntsville, Alabama
by Hester Bass, Illustrated by E. B. Lewis

Read a Description of Seeds of Freedom: The Peaceful Integration of Huntsville, Alabama

Explore a little-known story of the civil rights movement, in which black and white citizens in one Alabama city worked together nonviolently to end segregation.

Mention the civil rights era in Alabama, and most people recall images of terrible violence. But something different was happening in Huntsville. For the citizens of that city, creativity, courage, and cooperation were the keys to working together to integrate their city and schools in peace. In an engaging celebration of this lesser-known chapter in American and African-American history, author Hester Bass and illustrator E. B. Lewis show children how racial discrimination, bullying, and unfairness can be faced successfully with perseverance and ingenuity.