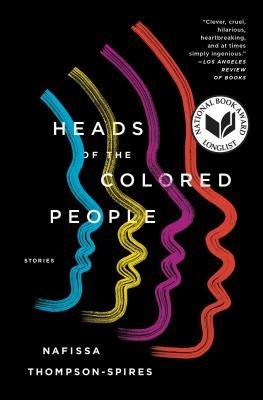 Heads of the Colored People (paperback): Stories
by Nafissa Thompson-Spires

Read a Description of Heads of the Colored People (paperback): Stories

Book Description:
This “vivid, fast, funny, way-smart, and verbally inventive” (George Saunders, author of Lincoln in the Bardo) collection of stories examines the concept of black identity in this so-called post-racial era.

Each captivating story plunges headfirst into the lives of new, utterly original characters. Some are darkly humorous—from two mothers exchanging snide remarks through notes in their kids’ backpacks, to the young girl contemplating how best to notify her Facebook friends of her impending suicide—while others are devastatingly poignant—a new mother and funeral singer who is driven to madness with grief for the young black boys who have fallen victim to gun violence, or the teen who struggles between her upper middle class upbringing and her desire to fully connect with black culture.

Thompson-Spires fearlessly shines a light on the simmering tensions and precariousness of black citizenship. Her stories are exquisitely rendered, satirical, and captivating in turn, engaging in the ongoing conversations about race and identity politics, as well as the vulnerability of the black body. “Heads of the Colored People is a necessary and powerful new collection with, thankfully, not a dull sentence to be found” (Peter Orner, author of Am I Alone Here?). Boldly resisting categorization and easy answers, Thompson-Spires’s collection “cements her role as an incredibly important voice in literature right now” (PopSugar). 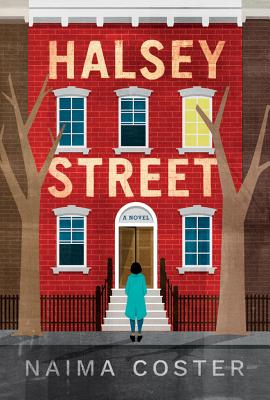 Read a Description of Halsey Street

Book Description:
“A masterful tale of family failures and forgiveness.” —PeopleA modern-day story of family, loss, and renewal, Halsey Street captures the deeply human need to belong—not only to a place but to one another.Penelope Grand has scrapped her failed career as an artist in Pittsburgh and moved back to Brooklyn to keep an eye on her ailing father. She’s accepted that her future won’t be what she’d dreamed, but now, as gentrification has completely reshaped her old neighborhood, even her past is unrecognizable. Old haunts have been razed, and wealthy white strangers have replaced every familiar face in Bed-Stuy. Even her mother, Mirella, has abandoned the family to reclaim her roots in the Dominican Republic. That took courage. It’s also unforgivable.When Penelope moves into the attic apartment of the affluent Harpers, she thinks she’s found a semblance of family—and maybe even love. But her world is upended again when she receives a postcard from Mirella asking for reconciliation. As old wounds are reopened, and secrets revealed, a journey across an ocean of sacrifice and self-discovery begins.An engrossing debut, Halsey Street shifts between the perspectives of these two captivating, troubled women. Mirella has one last chance to win back the heart of the daughter she’d lost long before leaving New York, and for Penelope, it’s time to break free of the hold of the past and start navigating her own life.

Read a Description of Heavy: An American Memoir

Book Description:  With charged intellect and piercing candor, provocative essayist and novelist Kiese Laymon shares his experiences of growing up with racial prejudice and violence both within his own family and in the culture at large.

Kiese Laymon is a fearless writer. In his essays, he filters his personal stories through the full power of his impressive intellect to reflect on American society. But one issue has always evaded his penetrating self-reflection and that was his own abuse, a subject that brought feelings of shame and humiliation. Now he opens himself to this past, confronts these painful memories, and asks us to consider our shared memories as an abusive nation. In “Heavy,” Laymon writes eloquently and honestly about the physical manifestations of violence, grief, trauma, and abuse on his own body and the collective body of the Black community. He also chronicles his attempt to lose 100 pounds, an effort at which he fails. He speaks to his two aunts, his grandmother, his mother, his father, his mother s ex-boyfriend, and the two women who sexually abused him, as well as to his friends, whose abuse he witnessed, about their relationship with violence, race, trauma, gender, and food.

A personal story that illuminates national issues, “Heavy” is defiant yet vulnerable, an insightful exploration that begins with a heartbreaking story of innocence taken and continues through twenty-five years of repeated, haunting implosions, and long reverberations.” 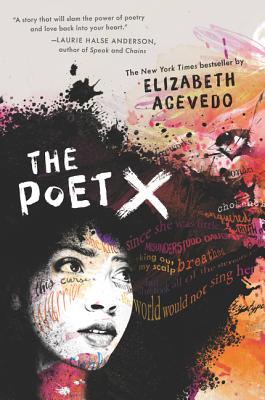 The Poet X
by Elizabeth Acevedo

Read a Description of The Poet X

Book Description:
A National Book Award Longlist title! Fans of Jacqueline Woodson, Meg Medina, and Jason Reynolds will fall hard for this astonishing New York Times-bestselling novel-in-verse by an award-winning slam poet, about an Afro-Latina heroine who tells her story with blazing words and powerful truth. Xiomara Batista feels unheard and unable to hide in her Harlem neighborhood. Ever since her body grew into curves, she has learned to let her fists and her fierceness do the talking. But Xiomara has plenty she wants to say, and she pours all her frustration and passion onto the pages of a leather notebook, reciting the words to herself like prayers—especially after she catches feelings for a boy in her bio class named Aman, who her family can never know about. With Mami’s determination to force her daughter to obey the laws of the church, Xiomara understands that her thoughts are best kept to herself. So when she is invited to join her school’s slam poetry club, she doesn’t know how she could ever attend without her mami finding out. But she still can’t stop thinking about performing her poems. Because in the face of a world that may not want to hear her, Xiomara refuses to be silent.“Crackles with energy and snaps with authenticity and voice.” —Justina Ireland, author of Dread Nation“An incredibly potent debut.” —Jason Reynolds, author of the National Book Award Finalist Ghost“Acevedo has amplified the voices of girls en el barrio who are equal parts goddess, saint, warrior, and hero.” —Ibi Zoboi, author of American Street 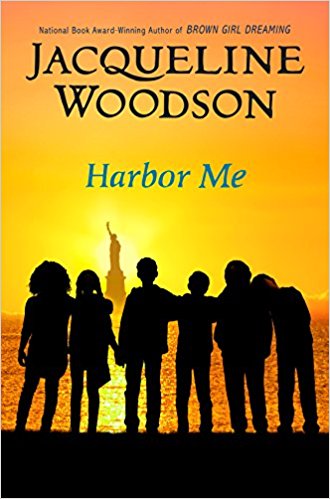 The Dream of America
by Jacqueline Woodson

Read a Description of The Dream of America

Book Description:
Jacqueline Woodson’s first middle-grade novel since National Book Award winner Brown Girl Dreaming celebrates the healing that can occur when a disparate group of students are forced to open up with one another.

When six middle school classmates are gathered together for a weekly chat, they fear this new unfamiliar and wonder what their teacher thinks they are supposed to get out of the experience. After all, they don’t imagine they have much in common. But recently one of their fathers has disappeared and this has cast a pall over the class. Their teacher knows that there is something special about this tiny group—and is determined to help them see it by doing what any thoughtful adult would do—taking herself out of the narrative. In an abandoned art room with no adults, the six get to know one another and realize that in this room, which they soon dub "A Room To Talk," it’s safe to discuss the things that are bothering them—all that they feel is unfair in the world, the trouble with adults and so much more. And so they do. From racial profiling to deportation to a deep longing for family history and a long ago homeland, when the six of them are together, they find they can express the feelings and fears they have to hide from the rest of the world. And together, they can grow braver and more ready for the rest of their lives.

Children of Blood and Bone
by Tomi Adeyemi

Read a Description of Children of Blood and Bone

The first book in a trilogu, In Children of Blood and Bone (Legacy of Orïsha) Tomi Adeyemi conjures a stunning world of dark magic and danger in her West African-inspired fantasy debut, perfect for fans of Leigh Bardugo and Sabaa Tahir..

They killed my mother.
They took our magic.
They tried to bury us.
Now we rise.

But everything changed the night magic disappeared. Under the orders of a ruthless king, maji were killed, leaving Zélie without a mother and her people without hope.

Now Zélie has one chance to bring back magic and strike against the monarchy. With the help of a rogue princess, Zélie must outwit and outrun the crown prince, who is hell-bent on eradicating magic for good.

Danger lurks in Or sha, where snow leoponaires prowl and vengeful spirits wait in the waters. Yet the greatest danger may be Zélie herself as she struggles to control her powers—and her growing feelings for an enemy.