First awarded in 1922, The John Newbery Medal is awarded annually by the American Library Association for the most distinguished American children’s book published the previous year. Virginia Hamilton, in 1975, was the first African American writer to win the medal. Learn more about this award at the ALA Website.


3 Books Honored with The Newbery Medal or Honor in 2018 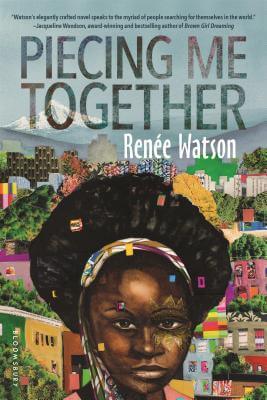 Piecing Me Together
by Renée Watson

Read a Description of Piecing Me Together

“Watson, with rhythm and style, somehow gets at the toxicity of sympathy, the unquenchable thirst of fear, and the life-changing power of voice and opportunity, all wrapped up in Jade – the coolest young lady in the world. Or at least, in Portland, Oregon. Simply, Piecing Me Together is a book you’ll want to hug!” – Jason Reynolds

Jade believes she must get out of her poor neighborhood if she’s ever going to succeed. Her mother tells her to take advantage of every opportunity that comes her way, and she has. She accepted a scholarship to a mostly white private school and even Saturday morning test prep opportunities. But some opportunities feel more demeaning than helpful. Like an invitation to join Women to Women, a mentorship programme for “at-risk” girls. Except really, it’s for Black girls. From “bad” neighborhoods. And just because Maxine, her college-graduate mentor, is Black, doesn’t mean she understands Jade. And maybe there are some things Jade could show these successful women about the real world and finding ways to make a real difference. 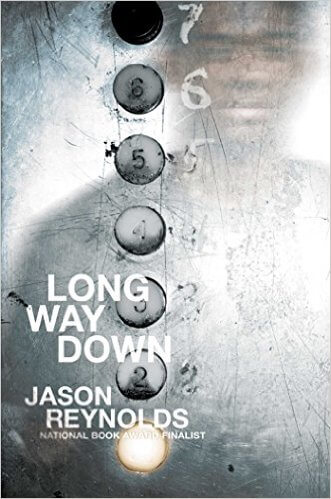 Long Way Down
by Jason Reynolds

Read a Description of Long Way Down

Book Description:
An ode to Put the Damn Guns Down, this is National Book Award finalist and New York Times bestseller Jason Reynolds’s fiercely stunning novel that takes place in sixty potent seconds—the time it takes a kid to decide whether or not he’s going to murder the guy who killed his brother.

A cannon. A strap.
A piece. A biscuit.
A burner. A heater.
A chopper. A gat.
A hammer
A tool
for RULE

Or, you can call it a gun. That’s what fifteen-year-old Will has shoved in the back waistband of his jeans. See, his brother Shawn was just murdered. And Will knows the rules. No crying. No snitching. Revenge. That’s where Will’s now heading, with that gun shoved in the back waistband of his jeans, the gun that was his brother’s gun. He gets on the elevator, seventh floor, stoked. He knows who he’s after. Or does he? As the elevator stops on the sixth floor, on comes Buck. Buck, Will finds out, is who gave Shawn the gun before Will took the gun. Buck tells Will to check that the gun is even loaded. And that’s when Will sees that one bullet is missing. And the only one who could have fired Shawn’s gun was Shawn. Huh. Will didn’t know that Shawn had ever actually USED his gun. Bigger huh. BUCK IS DEAD. But Buck’s in the elevator? Just as Will’s trying to think this through, the door to the next floor opens. A teenage girl gets on, waves away the smoke from Dead Buck’s cigarette. Will doesn’t know her, but she knew him. Knew. When they were eight. And stray bullets had cut through the playground, and Will had tried to cover her, but she was hit anyway, and so what she wants to know, on that fifth floor elevator stop, is, what if Will, Will with the gun shoved in the back waistband of his jeans, MISSES.

And so it goes, the whole long way down, as the elevator stops on each floor, and at each stop someone connected to his brother gets on to give Will a piece to a bigger story than the one he thinks he knows. A story that might never know an END…if WILL gets off that elevator.

Told in short, fierce staccato narrative verse, Long Way Down is a fast and furious, dazzlingly brilliant look at teenage gun violence, as could only be told by Jason Reynolds.