2 Books Honored by the National Book Foundation in 1973 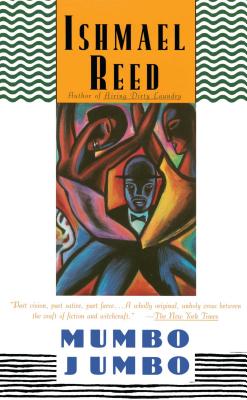 Read a Description of Mumbo Jumbo

Book Description:
The Classic Freewheeling Look at Race Relations Through the Ages
Mumbo Jumbo is Ishmael Reed’s brilliantly satiric deconstruction of Western civilization, a racy and uproarious commentary on our society. In it, Reed, one of our preeminent African-American authors, mixes portraits of historical figures and fictional characters with sound bites on subjects ranging from ragtime to Greek philosophy. Cited by literary critic Harold Bloom as one of the five hundred most significant books in the Western canon, Mumbo Jumbo is a trenchant and often biting look at black-white relations throughout history, from a keen observer of our culture. 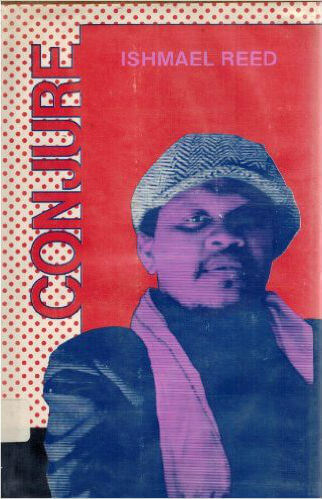 Conjure includes Ishmael’s “Neo-HooDoo Manifesto,” inspiration for a major visual art exhibit and book, NeoHooDoo: Art for a Forgotten Faith, curated by Franklin Sirmans for The Menil Collection in Houston, where it opened June 27, 2008, and, through 2009, subsequently traveled to P.S.1 Contemporary Art Center in New York City, and the Miami Art Museum. The book NeoHooDoo, Art for a Forgotten Faith, edited by Franklin Sirmans and published by The Menil Collection in 2008, is distributed by Yale University Press. It includes Sirmans interview with Ishmael Reed. The four-page manifesto claims:

“Neo-HooDoo believes that every man is an artist and every
artist a priest. You can bring your own creative ideas to
Neo-HooDoo. Charlie ‘Yardbird (Thoth)’ Parker is an exam-
ple of the Neo-HooDoo artist as an innovator and improviser…”

“Neo-HooDoo borrows from Haiti Africa and South America.
Neo-HooDoo comes in all styles and moods…”

“Neo-HooDoo signs are everywhere!
Neo-HooDoo is the Now Locomotive swinging
up the Tracks of the American Soul…”

Conjure also inspired composer/producer Kip Hanrahan to bring together a distinguished group of composer/musicians in 1984, to collaborate on what has become a three volume series of music set to the texts of Ishmael Reed, with all initially released and still available on American Cláve: Conjure: Music for the Texts of Ishmael Reed (I); Conjure: Cab Calloway Stands in for the Moon (II); and Conjure Bad Mouth.