The inhumane and excessively gory nature of chattel slavery, the condition in which the vast majority of Blacks would begin their heritage as Americans, was exacerbated by oppressive laws against the humanity of, and withholding literacy from, the Black enslaved population. The British empire, which controlled the import and export of slaves to the thirteen colonies, forbade the teaching of slaves as a preventative measure against the possible obtainment of knowledge and therefore the growth of self-sufficiency, self-esteem, dignity, and the unquenchable yearning for more understanding that comes with the attainment of knowledge. The perception that there would be catastrophic outcomes and the eventual collapse of the white establishment as the historically dominant class made keeping slaves illiterate a top priority for the Eurocentric power structure.

It is difficult to imagine the danger that would have gone hand in hand with wanting to gain knowledge in a world where the validity of one’s own humanness was still a matter of legal and scientific debate. Some of the legal punishment for slaves caught trying to learn to read included; whipping, which was often done as a public spectacle; and other severe methods of physical penance. If a white person broke the law, for teaching a slave to read and write, exorbitant fines and public disgrace were his punishment.

Nonetheless, many slaves were able to acquire the priceless gift of literacy, either by painstakingly teaching themselves with makeshift books and boards, acquiring the skill from another informed slave who was willing to impart knowledge, or through the acquired covert help of some trustworthy white person. The history of African American literature began at the very moment when the first enslaved Blacks took the advanced risk of daring to learn how to read and write. This was one of the first steps toward freedom, long before the underground railroad materialized to physically provide a way out of slavery, learning to read and write provided the initial mental escape from bondage. The quest for freedom, as well as the struggle to attain literacy, were the two struggles whose realization, for the enslaved, represented the mental and physical freedom required to consider oneself truly a part of humanity. 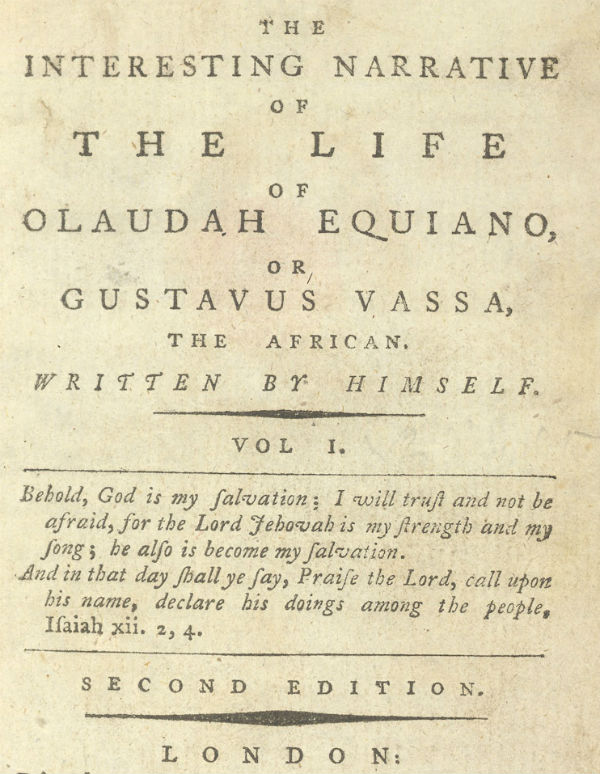 African American literature as slave narratives initially began as sparse dictations which sprung up across the British colony at the same time as commercially driven procurement of slaves from Africa began by the British around 1680, by both enslaved Blacks and Whites. However, in 1789, the groundbreaking Interesting Narrative of the Life of Olaudah Equiano; or Gustavus Vassa, the African, Written by Himself, the first book of African American literature to become an international best seller, would help the slave narrative reach a new level of cross-cultural renown and validity. Written with simplistic brilliance by the formerly enslaved sailor Olaudah Equiano, having been born in Africa and undergone the soul shattering episode of being kidnapped from his family as a boy and subsequently surviving the horrific journey to the Americas known as the Middle Passage, the narrative captivated the heart and minds of its audience as a narrative had yet to do because of the conscious effort to encourage the audience to question themselves, as well as the spiritual and humanistic advantages of such a deplorable practice . Although Equiano’s account is considered an English work, it so sent a shockwave through the English colonies and wider world, that it inspired an upsurge in narratives in the newly formed United States of America, where the majority of slave narratives, including those considered the most scholarly and prolific, would be created. Equiano’s account would also continually inspire the growth of the abolition movement, from which the slave narrative and authentic accounts of the horrors of slavery received constant notoriety and through it found its way to the wider world.

Frederick Douglass’ 1848 effort Narrative of the Life of Frederick Douglass, An American Slave: Written by Himself is widely regarded as one of the finest slave narratives. It is as widely acclaimed work of African American literature as it is widely read. Written just seven years after his escape from slavery, it entails the heartbreaking yet triumphant story of a boy born into the legacy of slavery, but who would rise through diligence to become one of the most celebrated civil rights leaders, speakers, writers and abolitionists of all time. Key themes in this landmark work are one in the same with those that fill the pages of lesser known but equally as powerful narratives: born into a legacy of slavery from obscure parentage, slave often the illegitimate child of the white master or his offspring, early separation from mother and the stamping out of maternal instincts, the withholding of information about one’s self such as, one’s birthday or family relations, the desire to be literate, living in deplorable conditions, discipline on the slave often including whippings and even murder, sexual misconduct of the white superiors and sexual abuse of the slave both male and female. Douglass’ approach was to take the brutally honest route, and to not withhold any of the feelings of rage and humiliation that had been so early instilled into his life and the life of all those who were enslaved. The unfairness of not knowing even the most simple things about himself such as his birthday or who his real father was, the little regard for a slave at the auction block, the brutality dealt out to the slaves deemed dangerous, or stubborn... all these things, with the refined eloquence associated with a learned and traveled man, were so richly described in Douglass’ account that his necessity for freedom and self-actualization nearly leap of the pages of the book. 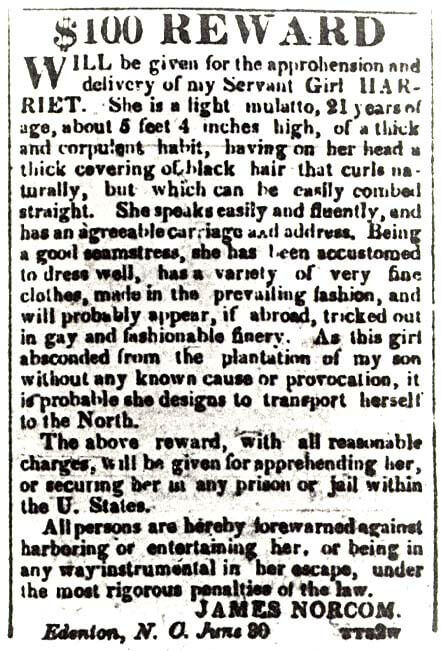 Subsequent narratives, including that of Sojourner Truth (1850), Solomon Northup (1853), William and Ellen Craft (1860) and Harriet Ann Jacobs (1861), would flood into the market over the years leading up to the Civil War, when abolitionism would reach a fever pitch against the continued legal precedence for slavery in the United States, long after Britain had completely ended the with the Slavery Abolition Act in 1833. The accounts were used by abolitionist to continuously crumble the foundations on which the arguments for slavery were built, including the idea that the Black man was subhuman and embodied no human characteristics that would make him fit for freedom such as brilliance. Narratives also thwarted the idea that Blacks were inherently evil or pagans, as the overwhelming majority of the narratives gave sweeping evidence that Blacks were a deeply Christian and devotedly spiritual people, even more so than the whites who so cruelly subjugated them.

The continuous effort to invalidate and question the authenticity of these narratives is indeed still a part of the agenda even until today, and the effort to invalidate Black literature and Black thought entirely. Scholarly and common arguments against both the writings of these former slaves and the motives behind them were continually made from the very earliest accounts such as Equiano’s. Many whites thought these narratives were too well written to be written by a slave, or that many of the details, especially concerning Africa, were fictitious and made up to have played on the minds of people who were not directly involved in the slave trade, or to exaggerate the effects of the practice on society and the individual slaves themselves. Many also believed that the burgeoning abolitionist movement was responsible for concocting many accounts to fit their agenda of ending slavery in the United States. It is not therefore, uncommon to see continued attestations of authenticity in slave narratives, including titles that include statements such as, “Written by himself.”

African American literature was founded on the principles of struggle and pain, which have come to identify the Black American as a whole. The ability to make something out of nothing is a gift that is special to Black people. They have demonstrated this in America by creating and continuously building upon a legacy of written experiences. Our ancestors and leaders shared their experiences leaving us sacred texts to be referenced for the authentic delivery of our ancestor’s stories. They gave birth to what is now known as African American Literature and the world is better as a result.

African American Literature Continues Into During the Civil Rights Era