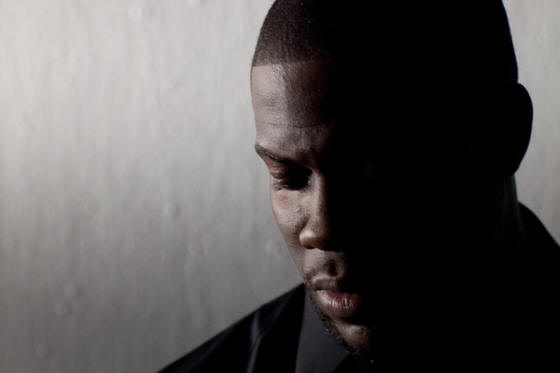 Born in Philadelphia on July 6, 1980, Kevin Hart is one of the most versatile comedic actors in both television and film. He’s recently delivered memorable performances in Think Like a Man which grossed over 90 million dollars in theaters, as well as in Judd Apatow’s The Five Year Engagement.

He previously appeared in Little Fockers, Death at a Funeral, Fool's Gold, Along Came Polly and The 40 Year Old Virgin. And his additional film credits include: Soul Plane, Not Easily Broken, Extreme Movie, Drillbit Taylor, Epic Movie, The Last Stand, Scary Movie 4, In the Mix, Meet Dave and Superhero Movie.

Kam Williams: Hey Kevin, thanks for the interview. I really enjoyed this film.

KW: What inspired it?

KH: I had a helluva year. This tour pretty much exceeded my expectations of what I was going to accomplish. It started off in 5,000-seat venues and eventually escalated to larger arenas with 15,000 seats and more, once I got to major cities and left the country and began selling out in places like Oslo, Copenhagen and Amsterdam. The support that I received from my fans was unreal.

KW: How do fans in countries like Norway and Denmark, where they speak another language, understand you? Did you talk slower or change your delivery for them?

KH: No, I don’t have to change anything. I think that’s the secret to comedy. You want to be universal and appeal to everyone. You want to put yourself in a position that no matter what you’re talking about, everyone can relate to it and understand it, because it’s an experience that everyone can go through. That’s what I pattern my writing material and jokes after. I’m trying to maintain a level of realness that my fans can appreciate.

KW: One of the themes of this show was convincing your fans that success hasn’t gone to your head. But isn’t life a lot different for you now than a couple of decades ago? After all, you’re from North Philly and started out as a shoe salesman.

KH: Well, things changed, but only to a certain degree. Just because your environment or living space changes doesn’t mean that your attitude necessarily has to change. By attitude, I mean the way you interact with others. You don’t have to treat people differently. You may be living a different lifestyle, but the person living that different lifestyle still can relate to anybody and have the same amazing personality of the guy from North Philly. The people around me haven’t changed. The people who have been in my life since the beginning are still in my life now. I think that has a lot to do with my staying grounded and humble despite the success I’ve achieved.

KW: You talk a lot about dating in the movie. Is there a Kevin Hart relationship advice book in the works?

KH: [Chuckles] Funny you should mention that, Kam. I don’t know if I’m at the relationship advice stage yet. I do have a lot of information to share, and a book is definitely in the works, but I don’t know whether it’ll be geared towards relationships.

KW: In the film you cried at the end of the concert at Madison Square Garden. What was the emotion that overwhelmed you at that moment?

KH: I never thought in a million years that I’d ever sell out back-to-back shows at The Garden. That’s not to say, I never expected my career to take off. Still, it was a “Pinch Me, Wake Me Up” moment. I was like, “Wow! I can’t believe this. That I’m actually here, and this is actually happening.” And in that moment, when I was about to thank my fans for supporting me, I noticed that they were standing up clapping. It was overwhelming, and became a very emotional moment when I tried to thank them.

KW: I also liked how you had pyrotechnics going off onstage during the show periodically.

KH: [Laughs] That was my way of joking around by saying, “I’m about to jump into a different level, because I have fire.” Ain’t no other comedian ever had fire.

KW: When did you know you had made it?

KH: The beauty of it is that I don’t think I’ve ever really relaxed. I want to do too much within the business. And there’s so much you can achieve with a launching pad like stand-up comedy. You can literally go from acting to hosting to being a personality to…

KW: To the Real Husbands of Hollywood?

KH: [Chuckles] To the Real Husbands of Hollywood. It all depends on what you’re willing to invest time and effort in and put your mind to. That’s what separates winners from losers. Winners are the ones who want the most out of their opportunities.

KH: [Laughs] No, I’m pretty much an open book. I’ve pretty much talked about anything I’m going through onstage. Between interviews and curious fans, I’ve been asked everything. And I always give answers. I don’t shy away from anything.

KH: I have good laugh every day. I enjoy life. I’m surrounded by love and positivity.

KW: What is your guiltiest pleasure?

KH: Creation, getting behind a project from start to finish, and being able to see it blossom into a success.

KH: I can’t cook, but I can make a turkey and cheese sandwich like nobody else.

KW: The Sanaa Lathan question: What excites you?

KW: The music maven Heather Covington question: What was the last song you listened to?

KW: The Mike Pittman question: What was your best career decision?

KH: I see a man with drive and determination who wants to go down in history.

KH: For a better-looking pair of feet.

KW: The Jamie Foxx question: If you only had 24 hours to live, how would you spend the time?

KH: I would spend absolutely every last minute with my kids, telling them how much I love them and how much I would do for them.

KH: A lion, the king of the jungle.

KH: My mom and dad discussing taking us to Disney World at a time that they couldn’t afford it. I was probably about 5.

KW: The Anthony Mackie question: Is there something that you promised to do if you became famous, that you still haven’t done yet?

KH: No, because I know how easy it is to put your foot in your mouth.

KW: The Melissa Harris-Perry question: How did your first big heartbreak impact who you are as a person?

KH: Going through my divorce has changed who I am in my understanding of what’s good and bad in relationships.

KW: You talk about the divorce in your act. How hard is that?

KH: Once again, that’s what separates the best from the crowd. Those who are willing to open up and show a vulnerable side are the ones who have gone on to achieve so many amazing things.

KW: The Viola Davis question: What’s the difference between who you are at home as opposed to the person you pretend to be on the red carpet?

KW: The Anthony Anderson question: If you could have a superpower, which one would you choose?

KB: To be able to read people’s thoughts.

KW: The Judyth Piazza question: What key quality do you believe all successful people share?

KW: The Gabby Douglas question: If you had to choose another profession, what would that be?

KW: The Harriet Pakula-Teweles question: With so many classic films being redone, is there a remake you'd like to star in?

KH: If they were ever to remake Goodfellas, I’d love to play Joe Pesci’s role.

KH: Hard work and determination equals success. Nothing comes easy. Put your mind to something. The best feeling in the world is seeing the benefits and rewards of hard work.

KW: Attorney Bernadette Beekman asks: What is your favorite charity?

KH: I participate with so many, but my goal is to get my own off the ground once I slow down. It’ll be dedicated to my mom who I lost to ovarian cancer.

KW: I’m sorry about your mom. The Tavis Smiley question: How do you want to be remembered?

KH: As a good father, as a great person, and as a hard worker.

KW: Can you give me a Kevin Hart question I can ask other celebrities?

KH: Yeah, do you have any career regrets?

KH: There you go.

KW: Thanks again for the time, Kevin. I really appreciate it.