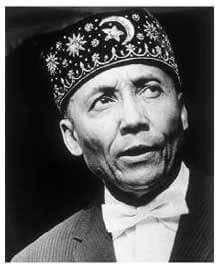 The Honorable Elijah Muhammad (born Elijah Robert Poole; October 7, 1897 – February 25, 1975) was an African-American religious leader, who led the Nation of Islam (NOI) from 1934 until his death in 1975. He was a mentor to Malcolm X, Louis Farrakhan, and Muhammad Ali.

Elijah Robert Poole grew up in Cordele, Georgia, where he attended school only through the fourth grade and dropped out to begin working in sawmills and brickyards. At an early age, he witnessed extreme prejudice and violence toward African Americans. He married Clara Evans in 1919 and eventually had eight children with her. In 1923, seeking better employment and a more tolerant environment, he moved his family, parents, and siblings to Detroit, Michigan, where he worked in an auto factory.

In 1931 he met Wallace D. Fard, a former salesman preaching a new form of Islam tailored to the needs and problems of African Americans. Elijah Robert Poole converted to Islam and adopted Fard’s teachings, and Fard gave him a new name, Elijah Muhammad.

Some of Fard’s doctrines, such as a cosmology that identified African Americans as the original race and white people as “devils” created later by a mad scientist named Yakub, are still difficult to interpret. Other teachings, such as self-reliance, clean living and the promise of a future in which African Americans would no longer be oppressed, had obvious appeal for Muhammad and other black Muslims.

When Fard mysteriously disappeared in 1934, the Nation of Islam split into several rival factions. Muhammad moved a group of followers to Chicago, where he established Temple of Islam No. 2 as the new headquarters of the religion. There he began to spread the word of the Nation of Islam, slowly but steadily attracting new members.

Muhammad was imprisoned from 1942 for 1946 for evading the draft. After his release, he returned to the leadership of the Nation of Islam. Over the next 30 years, Muhammad built the religion from a small fringe group into a large and complex organization that attracted controversy along with its new prominence. He continued to preach financial independence for African Americans, racial separation rather than integration, and a strict code of moral behavior.

When Muhammad died of congestive heart failure on February 25, 1975, he left behind a thriving religious movement with a membership as high as 250,000. Its social and political influence was matched by the success of its financial enterprises: real estate holdings, a national newspaper called Muhammad Speaks and numerous independent businesses.

His most famous disciples included civil rights activists Malcolm X, who had first corresponded with Muhammad from prison, and Louis Farrakhan. He was succeeded as leader of the Nation of Islam by his son W. Deen Mohammed. 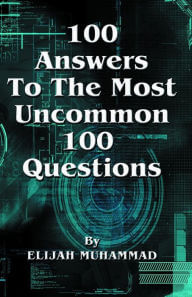 100 Answers to the Most Uncommon 100 Questions 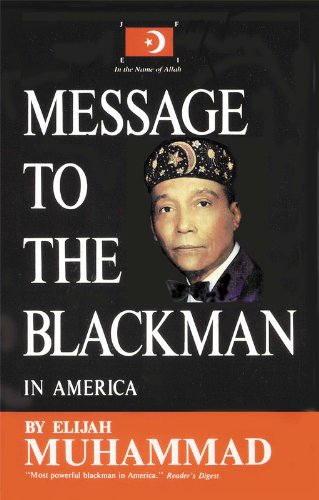 Message to the Blackman In America