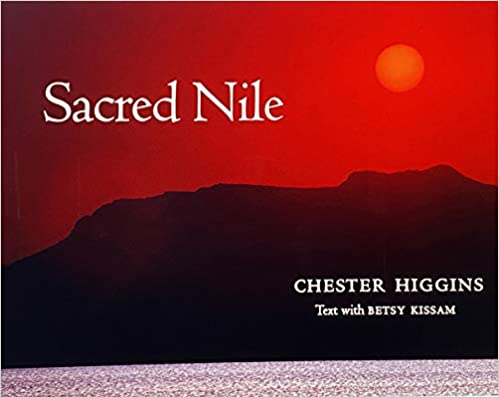 Chester Higgins celebrates the sacred agency of people of African descent and their influence on the foundation of Western religion. His images illustrate how faith migrated up and down the River Nile from Ethiopia to Egypt leaving vestiges of ancient practice in today’s worship. This visual portrayal of faith reexamines our spiritual beginnings.

The narrative on African divinity must be reexamined. Some will love it; others will be shocked. The reader’s understanding of history and the role of African people in faith-making is about to change.

“This visually stunning book also drops some serious knowledge about the cultural and religious connections between the lands that border the Nile; Ethiopia, Nubia, and Egypt from the dawn of history down to the present time. This knowledge is still rejected by many mainstream Egyptologists, but as they become more familiar with other African cultures, religious traditions, and languages, the connections described in this book will be confirmed in academia.” — Solange Ashby, Egyptologist, Barnard College

“What makes Sacred Nile so spectacular, and singular is what emerges from every image: reflecting an artist’s compassionate and intelligent gaze, held up by an abiding faith in the sacredness of each human being.” — Maaza Mengiste, author, The Shadow King

Books similiar to Sacred Nile may be found in the categories below: