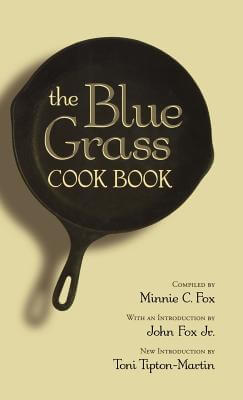 African American cooks were not strangers in the kitchens of the Old South, but white southerners often failed to acknowledge their contributions. One of the first exceptions was Kentucky socialite Minnie C. Fox, who recognized the significant influence and importance of the African American cooks and wrote The Blue Grass Cook Book, first published in 1904.

From biscuits and hams to ice creams and puddings, this cookbook is a collection of over three hundred recipes from family and friends, including black cooks, near Minnie Fox’s Bourbon County, Kentucky, family estate and her Big Stone Gap, Virginia, home. In Fox’s time, the culinary history of black women in the South was usually characterized by demoralizing portraits of servants toiling in ""big house"" kitchens. In contrast, The Blue Grass Cook Book, with its photographs of African American cooks at work and a passionate introduction by Fox’s brother, respected Kentucky novelist John Fox Jr., offers insight into the complex bond between well-to-do mistresses and their cooks at the turn of the century.

Toni Tipton-Martin’s new introduction provides in-depth commentary on the social, cultural, and historical context of this significant cookbook. She presents background information on the Fox family and their apparently uncommon appreciation for the African Americans of their time. She reveals the vital role of the black cooks in the preparation and service required in establishing the well-known Southern hospitality tradition.

You may learn more about this cookbook and other great cook books in Toni Tipton-Martin’s The Jemima Code: Two Centuries of African American Cookbooks

More books like The Blue Grass Cook Book may be found by selecting the categories below: