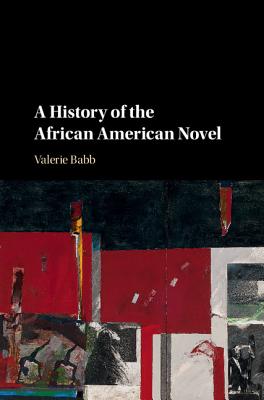 A History of the African American Novel
by Valerie Babb

African American novels have moved from being a literature of necessity to being a literature. Perhaps it is time for them once again to return to their origins, however, and have their themes applied to broader contexts. Perhaps they should once again become a literature of necessity because their arguments for the humanity of black Americans are needed to advocate for the respect of all human life; their arguments for equal treatment under the law are needed as reminders of the social justice work that still must be done. The visions of community within so many of them as well as their cautions of dangers to community, offer models for reordering social structures to benefit larger humanity. By making coherence out of the chaotic experiences of enslavement, racism, and the many resulting disjuncture’s African American novels provide multiple examples for navigating the complex arrays of human experience.

A History of the African American Novel offers an in-depth overview of the development of the novel and its major genres. In the first part of this book, Valerie Babb examines the evolution of the novel from the 1850s to the present, showing how the concept of black identity has transformed along with the art form. The second part of this History explores the prominent genres of African American novels, such as neoslave narratives, detective fiction, and speculative fiction, and considers how each one reflects changing understandings of blackness. This book builds on other literary histories by including early black print culture, African American graphic novels, pulp fiction, and the history of adaptation of black novels to film. By placing novels in conversation with other documents - early black newspapers and magazines, film, and authorial correspondence — A History of the African American Novel brings many voices to the table to broaden interpretations of the novel’s development.

More books like A History of the African American Novel may be found by selecting the categories below: