2 Books Honored by the National Book Foundation in 2001

Book Description:
Brutal Imagination is the work of a poet at the peak of his considerable powers. Its two central sections—which could be called song cycles—confront the same subject: the black man in America.The first, which carries the book’s title, deals with the vision of the black man in white imagination. Narrated largely by the black kidnapper that Susan Smith invented to cover up the killing of her two sons, the cycle displays all of Mr. Eady’s range: his deft wit, inventiveness, and skillfully targeted anger, and the way in which he combines the subtle with the charged, street idiom with elegant inversions, harsh images with the sweetly ordinary. The second cycle, "Running Man," presents poems Mr. Eady drew on for his libretto for the music-drama of the same name, which was a l999 Pulitzer Prize finalist. Here, the focus is the black family and the barriers of color, class, and caste that tear it apart. As the Village Voice said, "It is a hymn to all the sons this country has stolen from her African- American families." 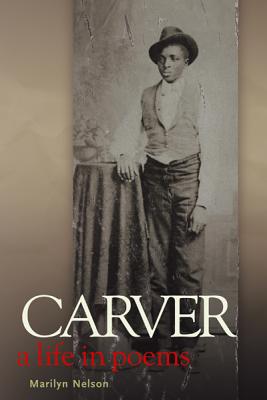 Carver: A Life in Poems
by Marilyn Nelson

Read a Description of Carver: A Life in Poems

Book Description:
George Washington Carver was born a slave in Missouri about 1864 and was raised by the childless white couple who had owned his mother. In 1877 he left home in search of an education, eventually earning a master’s degree. In 1896, Booker T. Washington invited Carver to start the agricultural department at the all-black-staffed Tuskegee Institute, where he spent the rest of his life seeking solutions to the poverty among landless black farmers by developing new uses for soil-replenishing crops such as peanuts, cowpeas, and sweet potatoes. Carver’s achievements as a botanist and inventor were balanced by his gifts as a painter, musician, and teacher. This Newbery Honor Book and Coretta Scott King Author Honor Book by Marilyn Nelson provides a compelling and revealing portrait of Carver’s complex, richly interior, profoundly devout life.