Race does play a major factor with what’s going on between President Obama and Congress.”—April Ryan 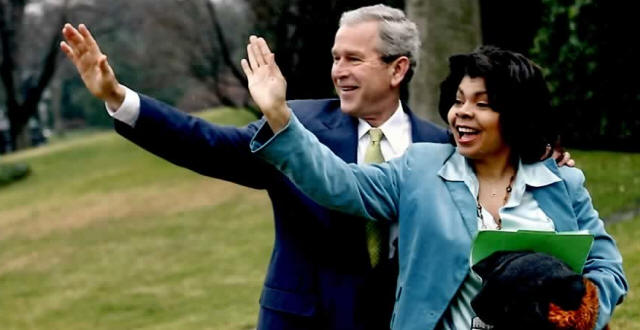 April D. Ryan is veteran journalist who has been a White House correspondent for the past 18 years. Besides covering the Obama administration, April’s responsibilities serving as bureau chief for American Urban Radio Networks and hosting “The White House Report,” a syndicated show airing on about 300 radio stations around the country.

Ryan is the author of The Presidency in Black and White: My Up-Close View of Three Presidents and Race in America. (Rowman & Littlefield Publishers, February 15, 2015)

I tried to work out a book deal during the Clinton years, but it was too soon. During the Bush years we did get a bite, but the editor got fired. Then, when President Obama was elected, my agent and I looked at each other, and said, ‘This is it!’ And it was time.

The Morgan State grad still lives in her native Baltimore which is where she is raising two daughters, aged 7 and 12.

Here she answers questions posed by AALBC.com’s founder, Troy Johnson.  The questions were posed during an interview conducted by Kam Williams on March 13, 2015. 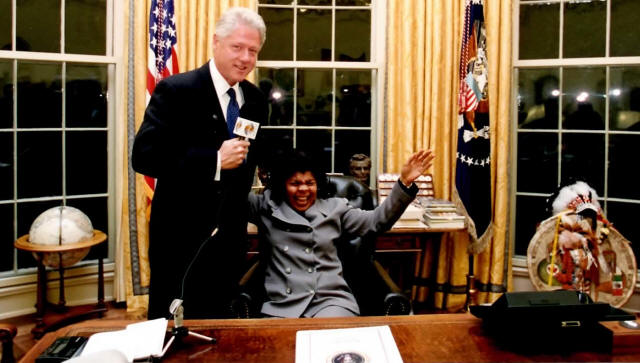 KW: Troy Johnson asks: What was the last book you read?

AR: I just started reading Believer by David Axelrod. He gave me an autographed copy when we were on Meet the Press.

KW: Troy observes that Obama appears to have a very close relationship with Al Sharpton. How much of a positive impact has this had on the black community?

AR: I don’t know how much of a positive impact it has had on the black community, but he’s not only close to Reverend Sharpton, but there are many other black leaders the president’s working with. Obama wants to hear from the grassroots with connections to the community, and Al Sharpton definitely has his ear to the ground.

KW: Troy also says: Much of the media attention surrounding Cornel West’s disappointment with the lack of attention or focus by the Obama administration on poor and working-class black and brown people has died down. How many of Dr. West’s concerns were justified?

AR: I believe that Dr. West, Tavis and many of the others have some legitimate beefs, and that there’s a need for them because they’re applying pressure. But there’s also a need for a Donna Brazile. In response to one of my questions, President Obama said that African-Americans have been doing better since he became president, and that he’s still trying to bridge gaps. We have seen a lot of improvement, but more work still needs to be done. And I don’t think those communities would be served well if everyone were in agreement with him.

KW: Troy was wondering: What has been your biggest disappointment with the Obama administration?

AR: If I have a disappointment, it would be with the black unemployment numbers. He couldn’t be expected to make a drastic enough change in six years to get it on par with white America’s unemployment rate, but I would still like to see him focus on it more, because the figure is extremely high.

KW: Troy is curious about whether, six years into the Obama Presidency, you believe the Nobel Prize awarded him has proven to be warranted?

AR: I’m not a member of the Nobel committee, but I know that the wars were taking a big toll on the world, and especially this country, financially and in terms of the loss of life. People were so primed for peace that they were eager to give President Obama the Nobel Prize.

KW: Troy asks; who is the most likeable of the presidents you’ve covered [Clinton, Bush, Obama], and who is the smartest? 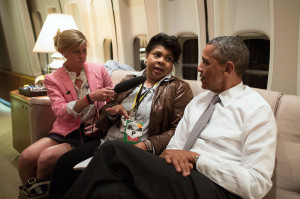 AR: [LOL] I don’t want to answer that. [Laughs some more] Let me say this. All three are likable. One thing that many people forget is that they are human beings as well as presidents. When I had a soul food dinner with Bill Clinton and other black journalists, he said, “I came because you invited me and I like you, and I like the food.” He said it made him feel like he was back home again, and that you’d be surprised how, after becoming president, people only invite you out for a fundraiser or for this or that official function, but not for a simple dinner where you could just relax and be yourself. That was so telling. I actually felt sorry for him.

President George W. Bush and I laughed so much, and President Clinton and I laughed a lot. They’re more gregarious than President Obama, but he’s funny, too. And he’s a nice guy. But he’s had to be more cautious about he’s perceived. All three of the presidents are very smart, although Bush played on the fact that people had low expectations of him. He looked more like the average person than Clinton or Obama.

AR: I can’t say, but I believe the Democrats are always going to tow the line and try to lift people out of poverty into the middle-class. 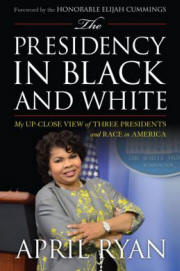 AR: This business has changed from when I started out in the Eighties. You don’t have to major in broadcasting anymore because anybody who has a personality and a big following on a blog or on Twitter, can basically get on the air, participate and say whatever you want. I wouldn’t study journalism. It could be a hobby along the way while you’re doing something else. So, the delivery system is changing, so I would really rethink the idea of entering this industry.

KW: Which president aged the most in the job?

AR: All three aged a lot, but Obama has aged tremendously. That job will put a lot of stress on you. I understand why he golfs and plays basketball. He looked like a little boy when he first ran for president. Now, you look at him and go, “Who is that?”