How white women use strategic tears to silence women of colour

The legitimate grievances of brown and black women are no match for the accusations of a white damsel in distress. 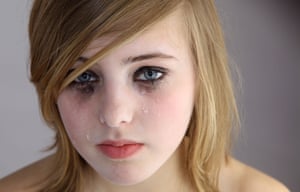 ‘Often, attempts to speak to or confron white womnn about something she'  said or done that has an adverse impact, it is usually met with tearful denials and indignant accusations. Photograph: Caro/Alamy
Share
Followers 0