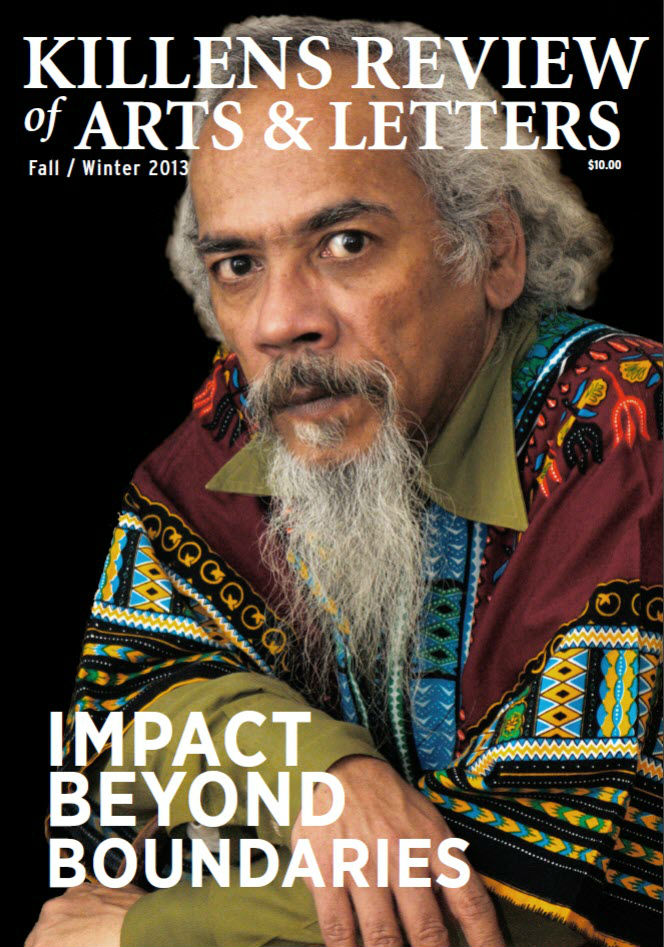 In March 2012, poet, essayist, and activist Louis Reyes Rivera made his transition. Rivera published four books, including Scattered Scripture (1996), for which he received the 1997 poetry award from the Latin American Writers Institute. He also edited and contributed to more than 200 published books, and coedited Bum Rush the Page: A Def Poetry Jam with Tony Medina. We honor the courageous spirit and mission of the late Rivera in this edition with the essay “On the Passing of a Major Revolutionary Poet, Louis Reyes Rivera,” by Tony Medina. The issue also explores how our natural surroundings and the environment inform the literature that we write. We also present a story by Stephanie Powell Watts, winner of the 2012 Ernest Gaines Award for Literary Excellence for her debut novel, We Are Taking Only What We Need. We also feature artwork by Elvira Clayton, along with new fiction and poetry.