Why do people try to hide who they really are? Advancing self-discrepancy theory 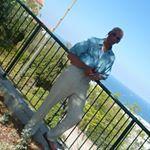