Black People Wrote the Bible. How many of You are aware of this FACT? 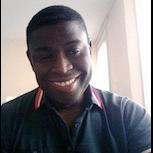