What are you reading now ?

I'm reading a few books but am primarily focused on Evil Never Sleeps: Tales of Light and Darkness, by Robert Fleming.    Robert is one of America’s most accomplished writers.  He has writte 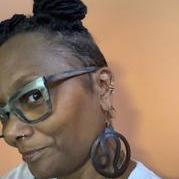 I am reading Black Imagination by Natasha Marin. She asked people 3 questions 1. What is your origin story? 2. How do you heal yourself? 3. Describe/Imagine a world where you are loved, safe, and valu