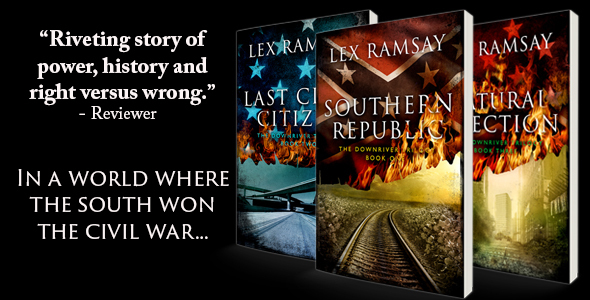 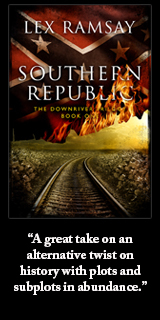 Lex Ramsay has crafted a captivating alternative history novel, Southern Republic, that brings to life vivid details about the dual nations created when the South succeeded in defending its way of life, and asks the question, ‘What would our world look like if the South had won the Civil War?’

In a world where the South has won the Civil War…

It’s 1982. A hundred years have passed since the South emerged victorious in the War of Northern Aggression. From the ashes of the aftermath, the industrial North has evolved into the technical center of the modern world, while the agrarian South, now broken up into Protectorate territories overseen by Protectors, props up its culture with vicious oppression. But now the South is in dire economic straits. Their refusal to allow slaves to use technology in their work has made their system obsolete and unable to compete with the global economy. Something must be done.

Patrick Edgerton is the leader of the Railway Association, an underground network devoted to freeing slaves. When Patrick learns of the horrifying “final solution” to the South’s economic predicament, he teams up with Olivia Askew, a Southern Protector’s daughter. Now, it’s up to them to prevent the mass genocide the South is proposing.

Southern Republic is Available on Amazon 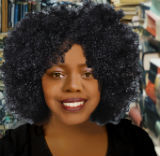 Lex Ramsay is a recovering lawyer, an avid but not terribly talented pianist, a student of Portuguese, and escapee from Corporate America where she cleaned up after other peoples’ messes and generally sold her soul. She’s buying it back, one word at a time, while making plans to move to Brazil with her 1 husband, 2 dogs, 2 horses and 2 cats (last count), once the Portuguese lessons kick in. To learn more about Lex and her books, visit her website.

Join her on Facebook for book giveaways, pre-release info, and more.