Early Sunday Morning, a picture book for young children, is the first book from Denene Millner Books, the new children’s line in partnership with Agate’s Bolden. Millner is also a parenting authority, editor, and a New York Times bestselling author.

A few years ago, Chimamanda Ngozi Adichie received a letter from a dear friend from childhood, asking her how to raise her baby girl as a feminist. Dear Ijeawele, or A Feminist Manifesto in Fifteen Suggestions is Adichie’s letter of response.

New York Times bestselling author Mary Monroe takes you on the ultimate twist-filled ride with the next installment of her her Lonely Heart, Deadly Heart series, Never Trust a Stranger.

Adrian Matejka, author of The Big Smoke, a finalist for The Pulitzer Prize and the National Book Award, is back with a new collection of poetry, Map to the Stars.

Learn about these and other excellent new books coming out this month and in the coming months.

On January 31 the American Library Association announced the 2017 Coretta Scott King award-winning books. These awards are given annually to outstanding African American authors and illustrators of books for children and young adults that demonstrate an appreciation of African American culture and universal human values.

All of the Coretta Scott King Award-winning books, since the award’s inception, may be found on AALBC.com.

The big winner of the night was Trevor Noah whose book, Born a Crime: Stories from a South African Childhood, won in two categories, Biography/Autobiography and Debut Author. I was particularly happy to learn AALBC.com friend, supporter, and bestselling author, Bernice L. McFadden won the fiction category for her novel The Book of Harlan.

…But Only 16 Black Writers Have Won Pulitzer Prizes for Books

The Pulitzer Prize has honored excellence in journalism and the arts since 1917, but only 16 Black authors have won the award. Literary giants including Baldwin, Hughes, and Wright were never honored. I reviewed the list over the past 100 years the award has been bestowed in the book-related categories (Fiction, Drama, History, Biography or Autobiography, Poetry, General Nonfiction, and Novel).

August Wilson was honored the most, winning twice and being a finalist three times. As far as I can tell, no Black writer has won the General Non-Fiction category. Ta-Nehesi Coates was the first writer nominated and that category.

I hope I’m wrong and that someone discovers that I missed a few names. Even if it the list of Black winners were doubled, we’d see how very important if is for us to recognize and celebrate Black talent and to celebrate the institutions who do.

Life Is A Canvas by Joy Elan

Lifeis a Canvas is a contemporary novel about finding love and self and how the choices we make early in life, particularly in our twenties, sets us on a path, positively or negatively, for the rest of our life.

Allegra Johnson is a go-getter. She graduated from college in three years, and got her master’s degree in one. At 23 she has secured a $75,000 grant to start a company, Mane Attraction. I didn’t understand this play on the word “Mane/Main” since the business doesn’t have anything to do with hair. It is a cafe in the early hours, then a lounge with live music during the evening where artists can perform spoken word or rap. Allegra wants to give “the youth a platform to perform and share their talents.” Elan is also a spoken word poet, and it is clear that this is an area she is passionate about. Read the complete review.

The Meaning of Michelle: 16 Writers on the Iconic First Lady and How Her Journey Inspires Our Own edited by Veronica Chambers

Barack Obama made history by becoming the first African American President of the United States. Of almost equal significance was Michelle Obama’s becoming the first black First Lady.
Just as her husband undoubtedly inspired a generation of marginalized youngsters to believe that they could achieve anything they set their minds to, Michelle was a transformative figure in her own way, including the way she helped the world appreciate black beauty. Because of the high visibility of her position, almost single-handedly, she managed to successfully challenge the culture’s narrow definition of beauty based on European features (more).

The brunch was co-hosted by Dawn Davis VP and Publisher of 37 Ink (an imprint of Simon and Schuster) and Morgan Stanley Managing Director and author Sandra L. Richards.

Check out videos of the readings and pictures from the event featuring Erica Armstrong Dunbar author of Never Caught: The Washingtons’ Relentless Pursuit of Their Runaway Slave, Ona Judge; Tiffany Dufu, author of Drop the Ball: Achieving More by Doing Less; supermodel Pat Cleveland, author of Walking with the Muses: A Memoir, and Sandra L. Richards reading from her children’s book Rice & Rocks.

The annual AAMBC Literary Awards was launched in 2009 in San Antonio, Texas by Tamika Newhouse. Smaller ceremonies were then hosted in the years following in Chicago as well as in Baltimore in conjunction with other literary events. In 2015 the first inaugural red carpet ceremony took place in Atlanta, GA marking the beginning of the black writer’s weekend.

AALBC.com Founder’s, Troy Johnson, was nominated as “Literary Activist of the Year,” and will be at the awards ceremony to celebrate with all the other honorees and readers of Black literature.

One of My Favorite Bookstores – Underground Books

Since the closing of the only library in Oak Park in the 1970’s, it became the mission of St. HOPE founder, Kevin Johnson (former Sacramento Mayor and NBA player), to ensure that the students and the community had access to books. Underground Books hosts book signings by local and national authors, lectures, poetry events, children’s story time, radio shows and much more!

Managed and operated by the effervescent Georgia “Mother Rose” West (pictured above). The bookstore is a wonderful space and an asset to not just the local Oak Park community, but to the national Black book scene as well.

How an Ex-Black Panther Waged a Successful, Four-Decade Revolution In Publishing Without Planning To

Upon leaving a restructured Panther party to focus more energy on assisting local comrades still incarcerated, [Paul] Coates helped forge the George Jackson Prison Movement in 1972 as a means of connecting inmates with a supportive and functional network on the outside.“What I envisioned through this movement was working with brothers who were incarcerated, bringing them out and having them work in our first program, which was to be a bookstore,” Coates says, describing it as a way for them to “contribute to our community some of the goodness that got shaped while organizing with the comrades in jail.” The idea was to then build a progressive publishing house and, subsequently, a printing house that would all work together in a symbiotic relationship with the bookstore, providing knowledge, employment, revenue and a supportive exchange between those in and out of the jail. “This is where Black Classic Press was founded,” says Coates, explaining the vision, largely inspired by the prison-based educations of Malcolm X and George Jackson, and by a literary call from Madhubuti stressing the need for Black publishing. “It didn’t have a name yet, but it was founded inside the George Jackson Prison Movement.” Read the entire article by D. Amari Jackson at the Atlanta Black Star.

Elsewhere, this Pop Culture Vulture is motivated to put on her Milo hat because she is sick of BEYONCE who, thanks to the slavish devotion of her social media “Beehive”, thinks that having a big belly full of twins has not only obligated her to parade around and show off her bloated abdomen, but has also elevated her to the realm of Earth Mother – a goddess to be held in awe and worshiped by all who look upon her! Her appearance at the Grammys, looking like a latter-day Cleopatra with a stomach tumor, was a yawner. She needs to go somewhere and sit down and hope Jay-Z’s genes aren’t stronger than hers. I’m also sick of seeing a frolicking Obama’s grinning face plastered all over the internet, as he has embarked on an extended vacation, immersing himself in a lifestyle where the troubles of the world will never again intrude upon his carefree existence. He may be better off as result of his presidency but I’m not so sure about the rest of the black people who put him in office. 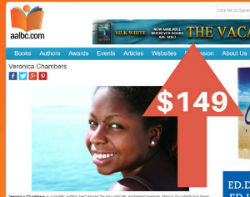 Place Your Horizontal Ad Banner at the Top of Every AALBC.com Page for 40 Days

For only $149 you can place your large horizontal advertising banner (728×90) at the top of every AALBC.com age for 40 days. You can also place your banner at the bottom of every page for just $79 for 40 days, or do both for just $199. AALBC.com is the largest, fastest growing, and oldest website dedicated to books by or about people of African descent. Get started today. 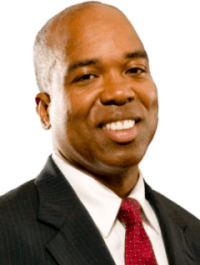 I missed sending a newsletter in February. That short month just got away from me. I will send another newsletter the last week of March to make up.

Today I decided to stop using social media indefinitely. There are several reasons for my decision. Perhaps the most important one, as it relates to AALBC.com, is that engagement on social media comes at the expense of AALBC.com—the relationship benefits the social media platform more than it benefits our website. While this decision may appear abrupt, it was carefully considered and support by years of analysis.

I know my decision is not for everyone, but as someone who runs an independent, mission-driven, website that is also their livelihood. I don’t really have much of a choice. You don’t maintain a website for 20 years by making easy decisions or following popular, often fleeting, trends.

My leaving social media does not mean you should stop sharing links to AALBC.com’s site on the social media platforms you enjoy—by all means please continue sharing information about AALBC.com everywhere.

AALBC.com will continue to thrive not because of some social media platform Troy, but because of your support.

You may receive messages like this directly in your email box by subscribing. It may also be read on your Kindle ebook reader, or any device by downloading a PDF version. Enjoy all of our previous eNewsletters and consider sponsoring our eNewsletter or a dedicated mailing.
AALBC.com eNewsletter – March 2, 2017 – Issue #242