AALBC.com Congratulates all the Winners of Pulitzer Prizes in the Letters and Drama Categories

AALBC.com also recognizes novelist and critic Hilton Als who won for Criticism: “For bold and original reviews that strove to put stage dramas within a real-world cultural context, particularly the shifting landscape of gender, sexuality, and race.” Discover all the Black winners of Pulitzers over the past 100 years.

25 African Women Writers You Should Read

These ladies originate all corners of the African continent, and their stories are as unique as their backgrounds. The common denominator is that they are all terrific writers. Learn more about their work.

Learn about these and other excellent new books coming out this month and in the coming months. 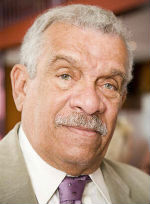 Sir Derek Alton Walcott was born on January 23, 1930, in the town of Castries in Saint Lucia, one of the Windward Islands in the Lesser Antilles. He passed March 17, 2017, at his home in Gros Islet, St. Lucia.

In addition to having won the Nobel, Walcott has won many literary awards over the course of his career including an Obie Award in 1971 for his play Dream on Monkey Mountain, a MacArthur Foundation “genius” award, a Royal Society of Literature Award, the Queen’s Medal for Poetry, and the 2011 T. S. Eliot Prize for his book of poetry, White Egrets. 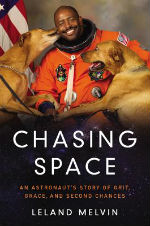 Melvin is a former NFL player and retired astronaut who has had a remarkable journey filled with setbacks and injury. Ultimate he was able to overcome all obstacles and use his platform to further STEAM (Science, Technology, Engineering, Art, Math) education.

Leland’s story is incredibly inspiring. There is a video on his page which is definitely worth watching. Chasing Space Young Readers’ Edition will be available as well 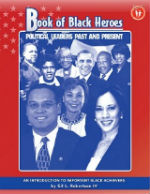 Book of Black Heroes: Political Leaders Past and Present
by Gil Robertson

The highly anticipated fourth installment of the Book of Black Heroes series, Political Leaders Past and Present, spotlights African American who have made valuable contributions in U.S. government leadership. Included are Hiram Revels, P.B.S. Pinchback and Robert Smalls, among the first African Americans to hold political offices, Oscar De Priest and Adam Clayton Powell, Jr,, who served during the Jim Crow period as well as Edward M. Brooke, Shirley Chisholm, Barbara Jordan, John Lewis, John Conyers, Carl Stokes, and others who emerged during the 1960s on the heels of major civil rights legislation that gave millions of African American the right to vote.

Vote for Your Favorite Black Author of the 21st Century 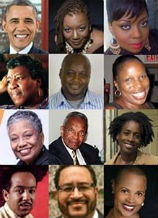 In 2001, almost two thousand readers cast votes for their favorite African-American authors. We published the names of those 50 very popular authors.

We are now creating a new list, expanding our original scope beyond African-Americans, to include Black authors regardless of their nationality. The only requirement is that the authors you vote for must have been alive and published a book in the 21st century (after January 1, 2001). Everyone is welcome to vote.

Cast your vote today! and share the poll with others. This is a great way to discover new but significant writers from our network of readers.

Video: Update on The Premier Website for Black Books 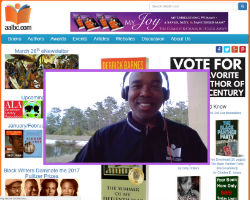 AALBC.com is a massive, feature rich, website. Many visitors don’t appreciate the site’s size and scope, so I created this video to help describe some of what AALBC.com has to offer.

I also describe some of the recent enhancements which have been added as a result of the upgrade I started last year. Check out the video and share your feedback. 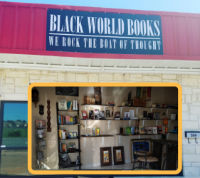 We are pleased to share the news of the opening of a new bookstore, and the launch of their associated website, Black World Books located in Killeen TX.

“One of the things that Maeva [the store’s founder] is most excited about is her involvement in the struggle for African Americans, and all blacks who are a part of the African diaspora, to achieve autonomy through economic empowerment.”

Learn more about other independent bookstores and book websites that serve the Black community.

“Our journey as a club dates back to 2010, and was inspired by the conviction that African literature had an important contribution to make in shaping what the world thought about Africa and its people.”

Africa Book Club is one of the best websites dedicated to books I’ve discovered in a long time. The site hasn’t been active for a while (since July 2015), but they’re looking to update more regularly. Check them out.

Founded in 1978, by W. Paul Coates, Black Classic Press is devoted to publishing obscure and significant works by and about people of African descent. They specialize in republishing works that are out of print and quite often out of memory. They began publishing because They wanted to extend the memory of what they believe are important books that have helped in meaningful ways to shape the Black diasporic experience and our understanding of the world.

The Abantu Book Festival is an annual literary event held in Soweto, South African’s artistic heartland, featuring authors from South Africa, Africa, and the diaspora. Abantu is the Nguni word for people, which makes this the people’s festival.

We’ve recently decided to expand our list of book festivals to include the largest festivals around the world. Learn more about this festival and other coming up over the next 12 months. 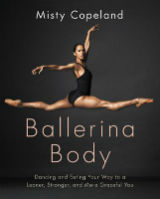 Be the first of three subscribers to identify the 10 African women writers pictured in the image near the beginning of this newsletter. Email the 10 names to troy@aalbc.com. The first three emails received with the correct 10 names will win. Ballerina Body by Misti Copeland.

Congratulation to the winners of our last contest, who won copies of KImberla Lawson Roby’s newest book a galley of her upcoming book, Sin of a Woman.

This contest is sponsored by Grand Central Publishing.

AALBC.com believes an author is best served by having their own website. In reaction to seeing so many authors give up running their own website and turning to Facebook or Amazon to serve as their primary web presence, we decided to launch a new service.

We can help you register your Domain Name and direct it to your AALBC.com Profile Page. This will not only give readers a much richer experience with your books, you’ll also enjoy the next best thing to having a dedicated website. Learn how to get started.

Two Terrific Ways to Promote Your Books on AALBC.com 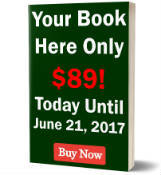 Your book will appear on AALBC.com’s Homepage and the Book’s Main Page for the entire spring, now through midnight June 21, 2017. Act now; this deal will expire April 30, 2017.

Place Your Horizontal Ad Banner on Every AALBC.com Page for as Little as 50 Cents per Day!

728X90 Ad Banners are displayed at the top and bottom of every AALBC.com page and are seen by 1,000s of visitors daily. Select the banner placement (top of page or bottom) and the number of days you’d like the campaign to run.

Get your book noticed by an avid reader today! 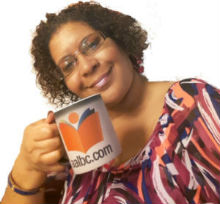 Troy, please know that AALBC.com exists because of your support. Please consider paying for your newsletter subscription and sharing our content with others.

You may receive messages like this directly in your email box by subscribing. It may also be read on your Kindle ebook reader, or any device by downloading a PDF version. Enjoy all of our previous eNewsletters and consider sponsoring our eNewsletter or a dedicated mailing.
AALBC.com eNewsletter – April 18, 2017 – Issue #244