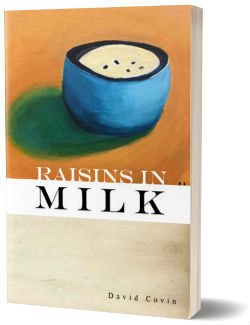 In 1977, when Toni Morrison was an editor for Random House, she read an early version of Raisins in Milk. In a letter she wrote the author, she said “… I loved so much of the writing …. The prose, the description that is the omnipresent omniscient author’s, is splendid.” But the woman who would go on to win the Nobel Prize for literature also said, “The real problem… is that the characters seem more conventional and thinner than they really are.”

The author has spent the intervening years revising the story, addressing Ms. Morrison’s concerns. The central question remains whether he has met the challenge offered forty years ago by the country’s foremost writer. That will be for the reader to decide. This can definitely be said. From the first page of Raisins in Milk the reader enters an unknown world. No living human being has a personal memory of Jacksonville, Florida in 1900. Yet that time and place had an eradicable impact on life in the United States that continues today, one hundred and eighteen years later. Once you open the first page and enter the world of Ruth-Ann Weathering, you will understand why.

The samples below indicate how several writers assess the author’s response to a letter written long, long ago.

“David Covin traces with lyrical expression and mythic power the ordeal and opportunity, repression and resilience that was and is the life of African Americans in the early 1900s to today. A life subject to the deadly and rapacious whims of white America and surviving on the sense of family and the care of Black communities. Raisins in Milk is a fierce and fine novel that is critical to our understanding of America.”
—Frederick K. Foote, Jr., author of For the Sake of Soul and Crosswords Encounters

“Raisins in Milk is a potent coming of age story that takes place in the racist south during the early twentieth century. It’s rich and passionate, artfully shaped and forcefully developed, a story of love and laughter, hate and revenge, sorrow and grief, shown through a labyrinth of vivid characters and descriptive historical events that draw you into its tortured soul. It makes you laugh. It makes you cry. It makes you scream and holler, even shout out loud. It hooks you from the beginning and never lets go. An extraordinary read that lingers long after it’s finished.”
—Geri Spencer Hunter, author of The Summer of My Fifteenth Year and Polkadots

“David Covin has penned Raisins in Milk, a terrifyingly beautiful coming-of-age story that will haunt and delight the psyche. Masterfully told, Raisins evokes the lyrical beauty of writers such as Zora Neale Hurston with its use of colloquial dialogue and literary design. A tribute to our history that stylistically evokes the past, Raisins in Milk is a work of brilliance to transport contemporary minds.”
—Suzette D. Harrison, author of My Joy, Taffy, When Perfect Ain’t Possible and Living on the Edge of Responsibility

“The opening sequence of this lovely book had me gripping the arms of my reading chair as the main character, Ruth-Ann runs for her life, chased by a wild, mean-spirited, half-mad horse. It’s a riveting sequence. There’s another, just as gripping, but I don’t want to give too much away! Raisinscaptures to great effect the day-to-day lives of African Americans in Florida, just after the dawn of the 20th century. The cumulative effect of “this life” (these lives) is that no matter what one’s accomplishments, no matter what one’s strivings and dreams, no matter what one may have done to protect one’s self and one’s family from harm, there was no protection for Black people at all. The violence of racism was so crazed, based in a jealousy so pervasive it could barely be measured. It’s a heartbreaker, but it’s our history. In the midst of this there is love.”
—Denise Nicholas, actor, playwright, novelist: author of critically acclaimed, Freshwater Road.

Book Clubs are invited to choose Raisins in Milk as one of their upcoming books. Members of Those clubs which choose Raisins will receive the book for $10 (instead of the general retail price of $15) if they order it prior to the publication date, of June 1, 2018, directly from Blue Nile Press or AALBC.com. The books will be shipped free of charge. Additionally, one club member will receive a free copy for agreeing to write either a blurb or a review of the book. 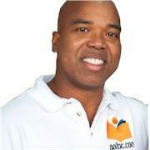 #readingblack encourages reading books written by Black writers and purchasing those books from independent booksellers. It is in this spirit we share Raisins in Milk with you.

Not only is Raisins an excellent read, by an accomplished author, it was written, edited, designed, published, printed, promoted, and now sold entirely by Black owned companies.

My blog may be read on your Kindle ebook or RSS Reader.